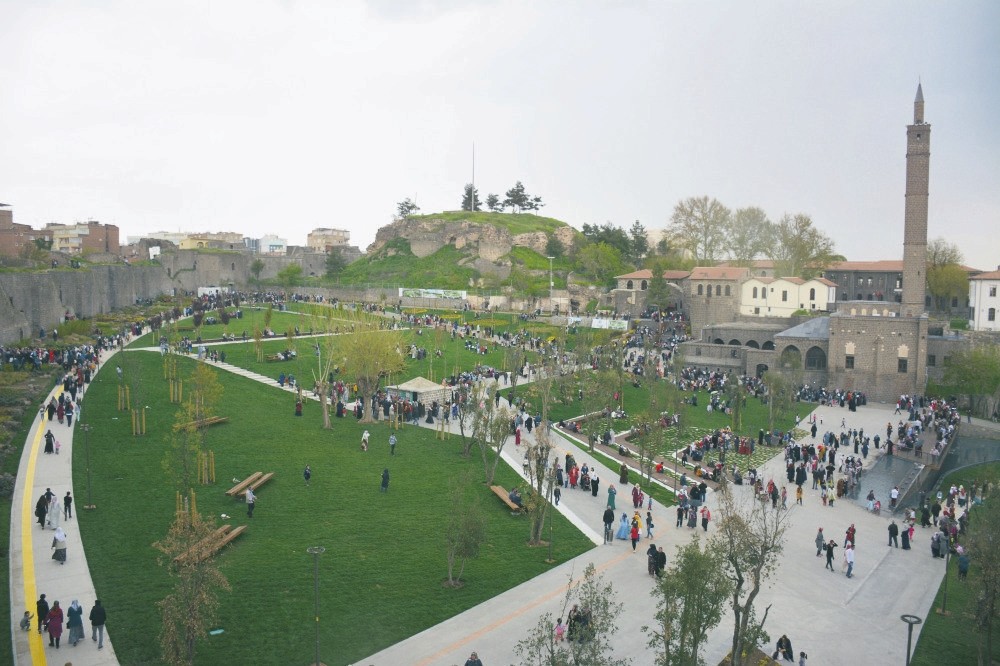 Turkey's southeastern provinces have long suffered from terrorism, but are now slowly recovering with millions of Turkish liras paid for the accommodation needs of thousands of people while construction of 25,000 apartments for those whose houses were damaged in terrorist attacks are underway

Four provinces which have been hit hard by a campaign of terror carried out by the PKK in the past two years seek to heal their wounds by state support. Ankara delivered a total of TL 800 million ($209 million) to the Sur district in Diyarbakır, three districts of Şırnak, a district of Hakkari and a district of Mardin for families whose houses were damaged or destroyed in terror attacks. The aid is in the form of rental payments and furniture. The government also oversees the construction of 25,000 housing units and workplaces both to replace damaged buildings and improve the stunted economy the region was doomed to for decades.

In Sur, a historic area where Diyarbakır's ancient city walls are located, nearly 5,000 buildings, including ancient mosques, were heavily damaged in terror attacks. The district was the first place where the government launched an initiative for its revival. More than 1,300 shops underwent reparations while the construction of more than 5,000 new residences were launched. The construction of some 795 residences for terror victims have been completed so far while the government allocated TL 89 million for households to pay their rent and donated new furniture to families.

The Yüksekova district of Hakkari also heavily suffered from terrorism and more than 10,000 residences and shops were damaged in the attacks while four mosques were destroyed. The construction of new residences is expected to be completed in 2018 while TL 82 million was paid to homeowners.

Similarly, the government started the construction of 5,539 residences in Nusaybin, a district of Mardin where nearly 10,000 buildings were damaged.

In Şırnak, Cizre, İdil and Silopi, three districts terrorized by the PKK, the government supplied locals with TL 269 million while those living in central Şırnak were handed TL 281.5 million in housing aid.

The PKK, which claims to fight for Kurdish self-rule, pursues a campaign of violence in the predominantly Kurdish region. A string of anti-terror operations in the past two years curbed its presence in the southeast where it draws recruits among disillusioned Kurds.

Along with the aid, Turkey, since last year, removed the elected administrations of 93 municipalities in the region for their links to the PKK. The new administrations named "trustees" now seek to show locals that they can serve better than the mayors they elected, who are accused of diverting resources to the terrorist group. The trustees, mostly bureaucrats who serve as district governors in the region, are lauded by the public for numerous positive changes they brought to the towns and cities. Long-neglected infrastructure was completely renewed and new roads and social facilities were built while green spaces were increased. Municipalities' debts to local businesses were paid, while schools and public buildings damaged in terror attacks undergo renovation.