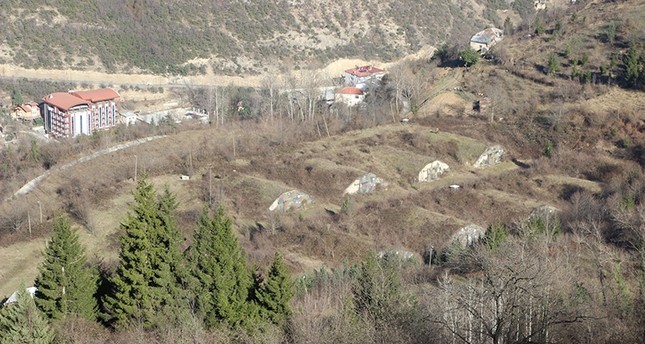 A 67-year-old NATO base located in Turkey's Trabzon province, which hasn't been in use since 2010, will be open to tourism after completion of an exclusive project to transform it into an adventure park.

Maçka Mayor Koray Koçhan told Anadolu Agency that they will utilize the 46,500 square meter land while ensuring that they preserve its historical value.

"It is a miracle to find 46,500 square meters of flat land in the Black Sea region, especially in Maçka," Koçhan said, adding that the project will make sure that the hangars and military units located at the entrance, as well as the cafeterias and dorms are preserved.

"We will also build a restaurant and an Olympic pool here," Koçhan said.

The mayor added that the project will draw more tourists in the district, as it will also attract visitors in the winter and not just in the summer.