A week of ordeal ends for stranded dog 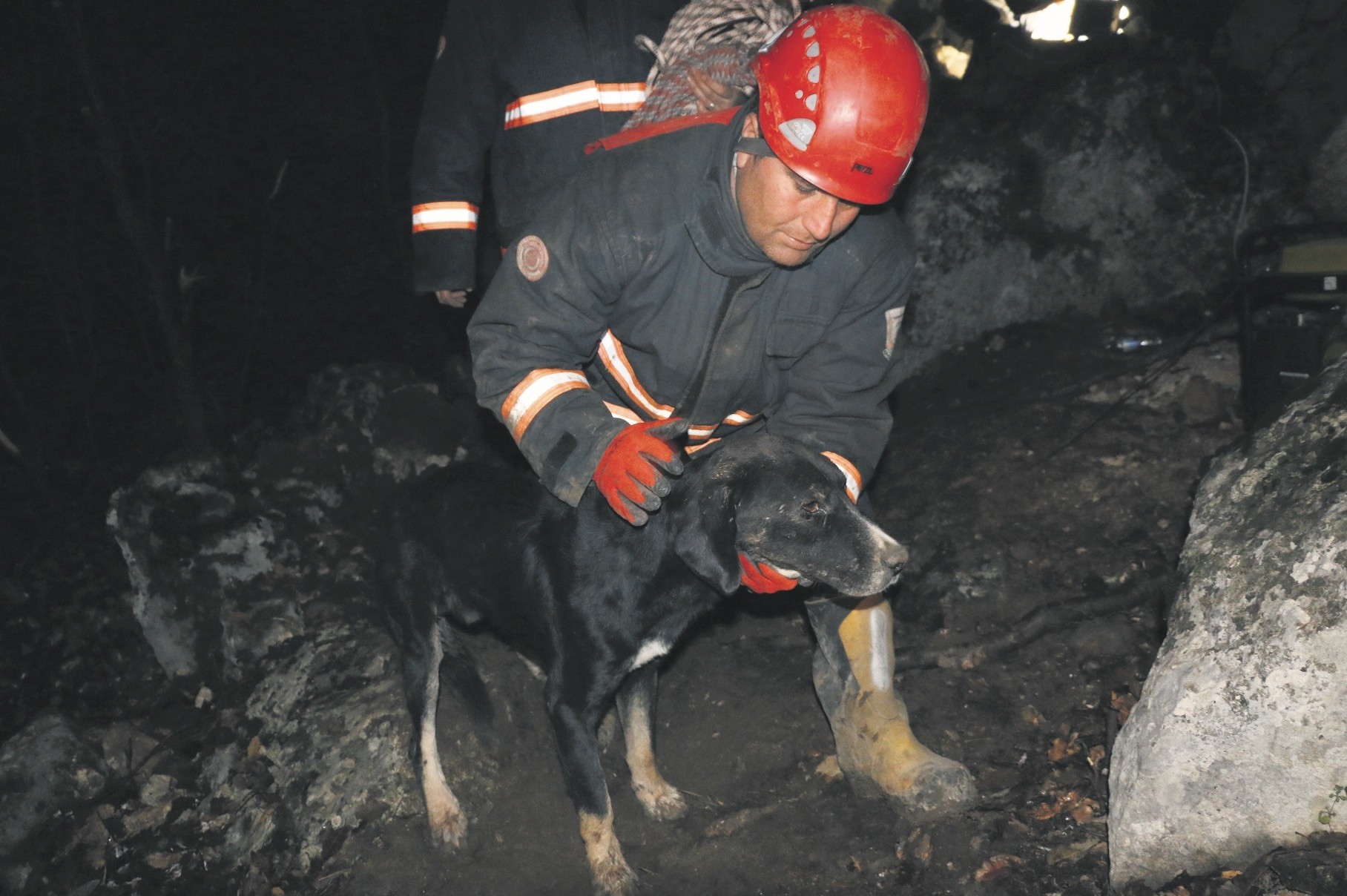 Firefighters pulled a dog to safety late Saturday after it spent a week in a crevice in the rocks in southeastern Turkey. "Çimen" (Grass) as its Syrian owner named him, was pursuing a hedgehog it saw there when it got stuck in the rocks a week ago.

The owner, Jumaa Suleiman, tried to free the dog himself but failed. He fed the dog through a small space every day and had appealed to authorities to help him.

Firefighters were working to free Çimen for the past three days.

Using drills, they broke rocks around the crevice up until the late hours of Saturday and finally managed to pull the tired dog to safety.

Çimen was given water and handed back to Suleiman.

"I always believed he would be rescued alive. He's a strong dog and looks fine now," Suleiman told reporters and thanked everyone involved in the rescue.