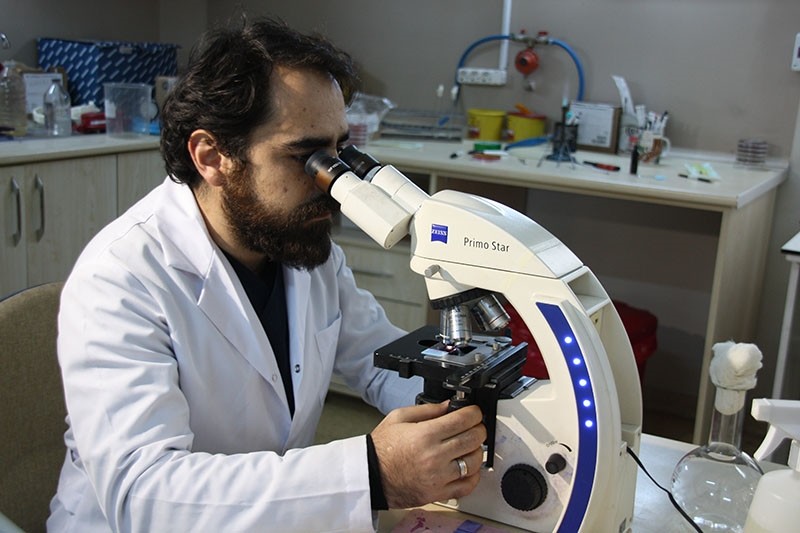 A young man who was heavily injured in a gruesome PKK terrorist attack in central Diyarbakır 10 years ago is now proud of helping others heal as a doctor.

This Wednesday, Turkey marks the tenth anniversary of the bombing that killed seven civilians and injured 66 others in downtown Diyarbakır. A bomb laden car parked in front of a preparatory school was detonated during the passage of a military vehicle on Jan 3, 2008, killing six students who were leaving the building, as well as one of their parents.

Görkem Emre Öz, a 17-year-old student at the time, was waiting in front of the building with three of his friends to attend the courses of the evening group.

"Actually it was a normal day. We left the school and went to the prep school for our courses. We were sitting in the cafeteria. We were about to attend the courses in the evening, waiting for the daytime group's lessons to be finished. As the cafeteria was very crowded, it became very stuffy, so we thought 'let's go outside and get some air.' It was around 04:50 p.m. We went outside as four friends. The students in the course were to disperse in five minutes, we were waiting just outside on the sidewalk. Then that blast took place. Later there was an empty slot in front of the prep school, we found ourselves there after 1-2 minutes. I lost my consciousness for a couple of minutes. Then I regained consciousness. It was very different. The air was so hot, due to the blast. I was scared that there would be another blast and asked my friends to pull me back. Ambulances arrived right away. Then we were dispersed to different hospitals," Öz recalled.

"While you chat with your friends on the sidewalk, suddenly you cross into a different world." 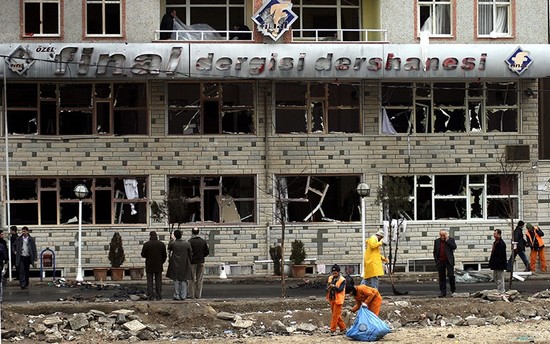 This photo shows the prep school building after the blast.

In the blast, Öz suffered two broken legs and a shrapnel tore through his spleen. He was first taken to a nearby state hospital, then Dicle University Faculty of Medicine Hospital. He was suffering from bleeding due to the shrapnel wound, and underwent surgery on the first day in which his spleen was removed. He later had a couple more surgeries on his legs for the implantation of surgical metal plates.

Despite his wounds, Öz was luckier than some of his friends. One of his buddies who was alongside him when they left the building, Eren Şahin Eronat, whose mother Oya Eronat later served as a Diyarbakır deputy from the ruling Justice and Development Party (AK Party) between 2011 and 2015, was killed in the blast. Another one of his friends sustained an injury to his eye, whereas the third one did not receive any physical wounds, but suffered from deep psychological trauma. 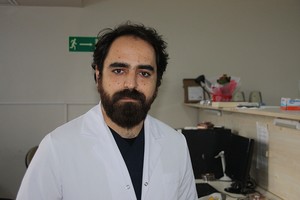 Öz, a bright student who was a senior at Diyarbakır Science High School, had to receive four months of inpatient treatment, with one month of it being in hospital. He resumed his university entrance exam studies at home during the semester, and managed to enter the Faculty of Medicine at Dokuz Eylül University in Izmir.

"You can't return to the past, you can't change what has happened. You have to look on forward, and have some faith too," Öz said, saying that he motivated himself for the exam based on his previous studies not to let all that effort go to waste.

"I started walking again 10 months after the attack. I still have pain from time to time. I will be carrying the scars of the incident all the time. Some shrapnel pieces still remain in me," Öz said.

After graduating and completing his compulsory professional duty, Öz now has resumed his studies at the Microbiology Department of the Cerrahpaşa Faculty of Medicine of Istanbul University.

Saying that he does not feel like 10 years have passed since the attack, "Actually I sometimes think it never took place but when you're upset about something, it motivates you to hold on to life because you have seen worse. We have losses, we feel sad when we commemorate them, we try not to forget or make people forget. We make lessons for ourselves," Öz said.

"I now have a fiancée. I'm making marriage plans, to establish a nice home in the future. As a victim, I want terror to totally disappear in this country."

Amid heightened public outcry for the death of students in the attack, the PKK terrorist group first tried to distance itself from the attack, however, had to take responsibility for it after the assailant was caught by security forces.

The primary assailant of the bombing, PKK militant Erdal Polat, and five others in complicity were tried at a heavy penal court in Diyarbakır, and Polat was sentenced to nine times aggravated life imprisonment, whereas the others received six years and three months in jail.