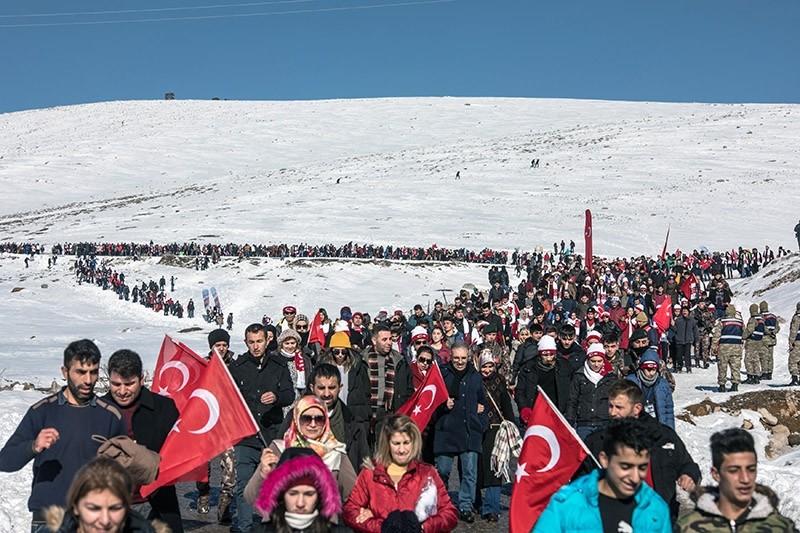 Thousands of people marched on Sunday in eastern Turkey to commemorate the martyrs of the World War I Battle of Sarıkamış.

The march set off from Kızılcubuk, in the province of Kars, where the 1914 battle against Russia's Caucasus Army began.

The march marks the 103rd anniversary of the battle, which claimed the lives of nearly 90,000 Ottoman Turkish soldiers due to bitter cold.

A crowd including people of all ages gathered underneath a banner reading "Turkey Marches with Martyrs."

They began their four-and-a-half-kilometer (2.7-mile) walk to the memorial area in the chilly weather.

Speaking at the ceremony, Bak said some 50,000 people were there to commemorate the soldiers.

"We want a growing Turkey as one nation with full unity," Bak said.

Arslan also spoke during the ceremony, saying: "Our ancestors left us this homeland without making any discrimination based on language, religion, or race."

Solo Turk, a Turkish aerobatics team, was scheduled to perform during the commemoration, but was grounded due to heavy fog.