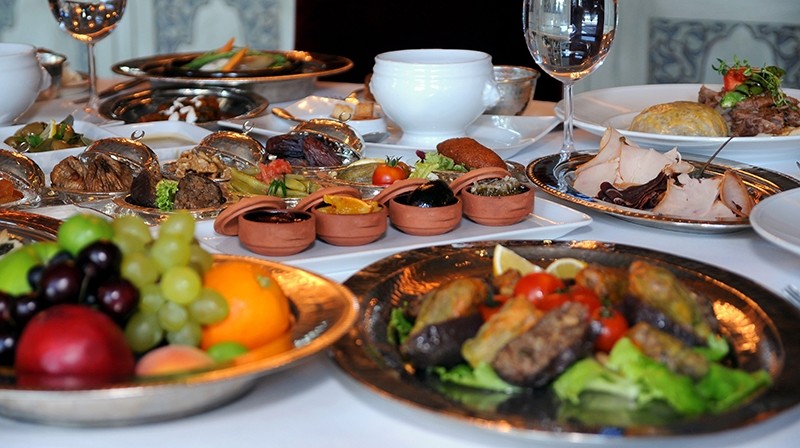 Eating dinner at home is considered to be a crucial part of family life in Turkey, and family is the priority of a majority of the society when it comes to eating, despite changing lifestyles, a survey on the eating habits of Turkish people revealed Monday.

The poll conducted by Konda and Metro wholesale market chains, which focuses on the eating and drinking habits of Turkish people, shed light onto eating habits in Turkey, which also provide important information on social structure and individuality in the country.

Some 95 percent of people prefer to have dinner with their families at home, indicating that family is still the most important element of Turkish society, despite changing lifestyles.

"Individualism is extremely low in Turkey, and family is the main focus of life. Dinner brings it together despite the lifestyle," Konda Director Bekir Ağırdır said.

Around 87 percent of people in Turkey eat breakfast at home, at around 8:46 a.m., while around 40 percent have lunch outside.

On the other hand, the survey revealed that women and youth in Turkey have breakfast, lunch and dinner later than the average.
The survey revealed that carbs are the most consumed food in Turkish households despite the fact that meat, stuffed peppers and vine leaves, and dried beans are the favorites of a majority of Turkish people.

Soup, rice and pasta are the mostly cooked foods in Turkish households, with 18 percent of the participants saying they cook soup every day, while 13.8 percent said they cook vegetables every day.

An increasing number of people opt for food that is made quickly and easily, as more women join the workforce.

The survey revealed that Turkish women are still the main cooks in the house, while men prefer to stay away from the kitchen.

The poll also revealed that although eating outside was considered as a luxury before, nowadays more people do so. For instance, 65 percent of Turkish people noted they eat outside and spend an average of 30 Turkish liras ($8).

Obesity and eating-related disorders have become a dilemma in Turkey, as research has shown that one in five people, around 20 percent of the population, is overweight.

Turkey's health ministry has taken a number of initiatives to encourage people to endorse a more active lifestyle and a balanced healthy diet.