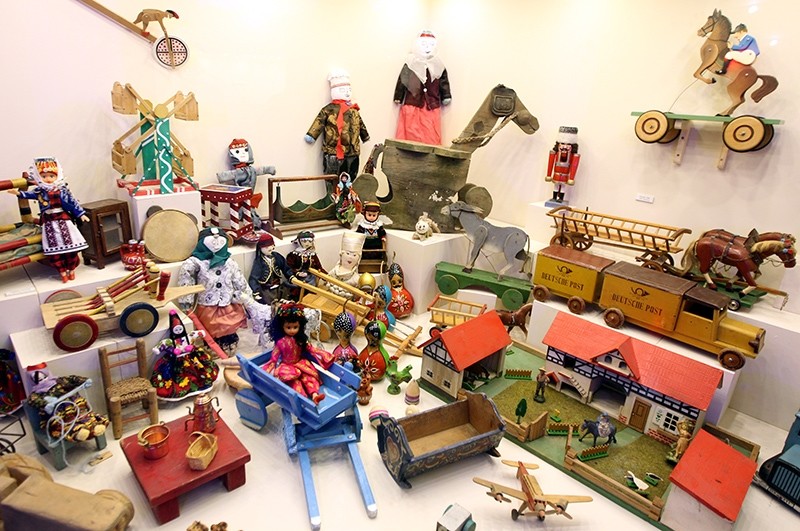 The world's third largest toy museum, according to its founders, was inaugurated in Turkey's northern Samsun province Tuesday.

Calling toys vital for children's education, Genç added: "The lack of a toy factory in Turkey has troubled us."

"If a nation wants to pass down its own culture, heroes, and life to future generations, it has to make its own toys. This is why we wanted to build a toy museum and encourage the private sector to build a toy factory," he added.

He said the museum not only exhibits toys but also gives children an opportunity to learn how to make toys in workshops.

"Our children will know our local toys and will be excited about them," he said.

"So they will learn Turkish culture."

The museum also includes toys like miniature villages, Native American tents, airplanes and trains produced in Germany in the 1920s, as well as Ford's first toy car from 1920.