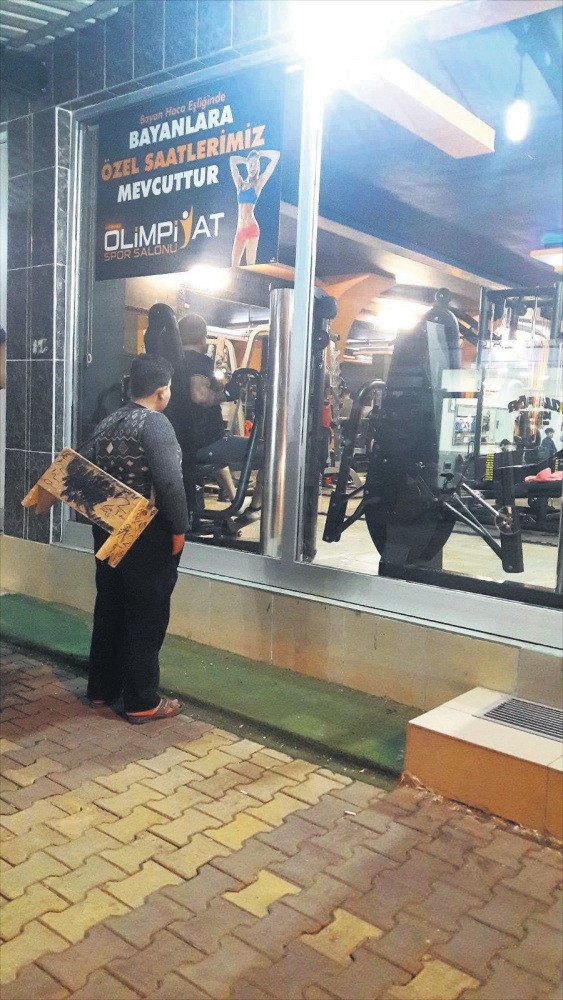 A few days after a photo of him gazing through a gym window went viral, Muhammad Khaled, a Syrian boy who works as a shoeshiner in eastern Adıyaman province, was given a free lifetime membership by the gym.

With the gym proprietor Engin Doğan by his side, the 12-year-old told reporters that he was dreaming of losing weight while watching people workout in the gym.

He said he was very happy with the free membership.

Doğan said they sought to locate the boy after one of their clients took the viral photo.

They later found him working in the neighborhood.

He said many people have contacted them and offered aid for the boy.