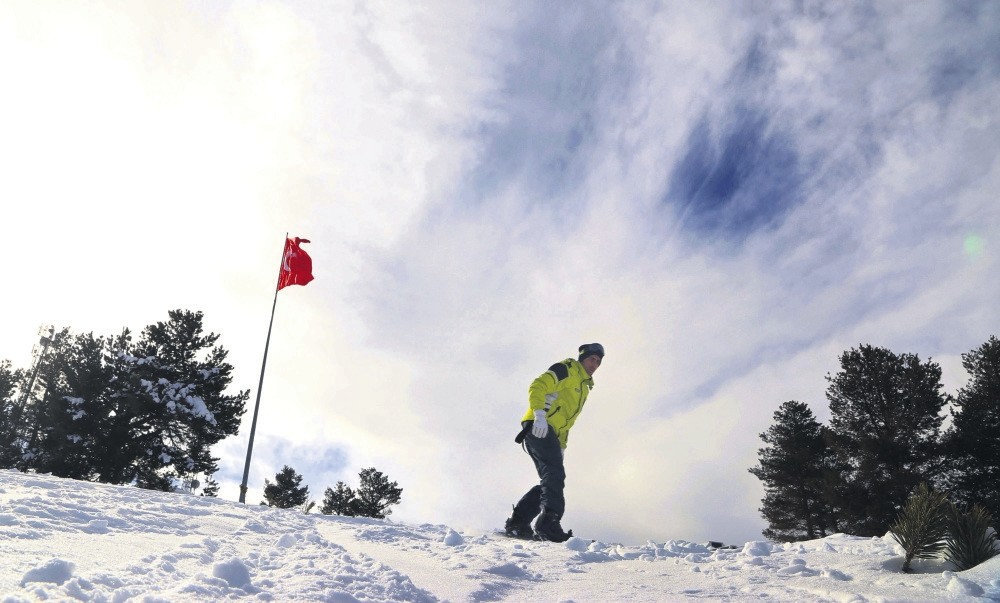 Jan. 8 was slightly colder than a usual summer day for Istanbul, but it was the same day in 2017 that the city was covered in snow. This is actually usual weather for most of the western region where the temperatures are still higher than normal levels for winter months while the eastern region succumbs to freezing temperatures.

Amid concerns over global warming around the world, Turkey's western regions, from the Aegean to the Marmara region where Istanbul is located, temperatures seldom drop below 10 Celsius degrees nowadays. As the sun shines upon us in this second week of January, many took the opportunity to hit the city's popular İstiklal Avenue and shores. Down in the south, in the Kaş district of Antalya, a Mediterranean city, fruit trees bloomed while temperatures hit 20 degrees Celsius.

Far in the eastern region of the country, the lowest temperatures were recorded at minus 22.3 degrees Celsius in Tekman, a town in Erzurum province, one of the coldest places in the country. A heavy fog engulfed the region as well.

Weather forecast shows no precipitation in the west until Thursday. Rainfall is predicted for most of the Marmara, Aegean and Mediterranean regions starting that day, with a slight drop in temperatures. The precipitation will continue at intervals at least until Saturday in most western cities.