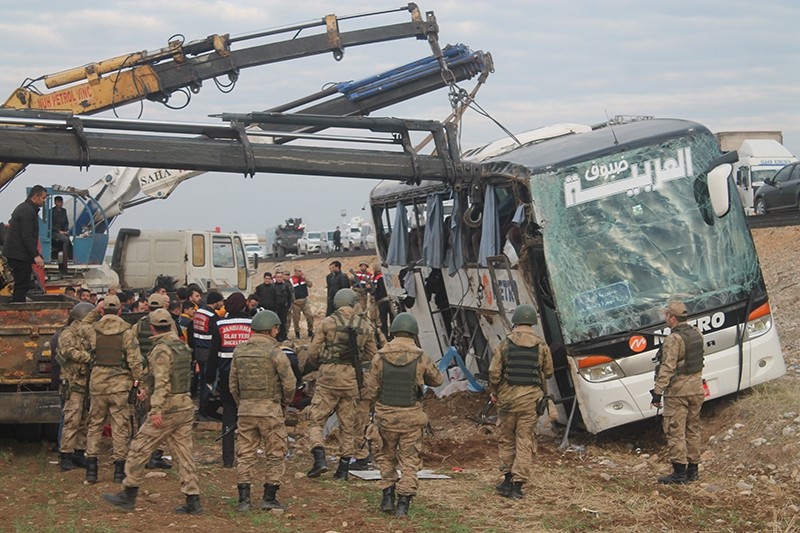 Nine people were killed and 28 were injured Friday after an Iraq-bound bus overturned in the Silopi district of southeastern Şırnak province.

The bus was reportedly carrying Iraqi Turkmens who were returning to their country and overturned on the Silopi-Habur highway.

Two Turkish policemen, accompanying the group for safe passage, were also among the injured.

According to initial reports, three of the nine killed were children and two of the 28 injured are currently in critical condition.

Emergency service teams were dispatched to the area, while the injured were transferred to state hospitals in Şırnak and Cizre.

The cause of the accident could not be determined immediately and local police have launched an investigation.

The victims are part of an ethnic Turkmen community from Iraq's Talafar who took refuge in Turkey following a Daesh invasion more than a year ago.