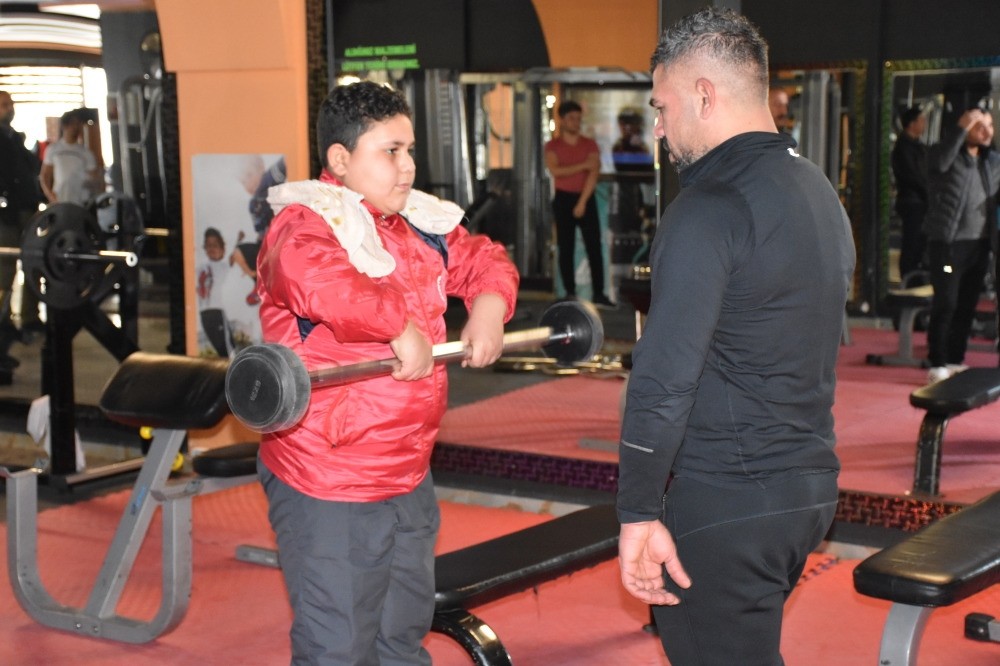 After his photo with a longing gaze out the window of a gym while shouldering a shoeshine box and wearing slippers in cold weather went viral online, a 12-year-old Syrian boy, Muhammad Khaled saw significant changes in his life.

The gym in Adıyaman, the eastern city where Khaled lives with his family, located the boy after a gym patron shared his photo on social media and gave him a lifetime membership. Yesterday, the local authorities also reached out to the boy and had him enrolled in a school, along with his two siblings and two nephews. Khaled will not have to work as a shoeshiner anymore while public officials also offered employment for his two elder sisters.

Mete Kızılkaya, head of the local education authority who met Khaled at the gym he now attends, told reporters that they would also address the other needs of Khaled's family. "Muhammad [a grade school dropout] will take literacy classes and learn Turkish as well," Kızılkaya said. Fikret Keleş, head of the state-run Sports Directorate in Adıyaman, said they would work to guide the boy in his sports career if he wants to. Another official, who runs a local employment agency, said the boy's sisters will be trained for jobs and be granted work permits.

The young boy, who told reporters in an earlier interview that he was looking in the window while dreaming of losing weight himself, said he was grateful to everyone helping him.