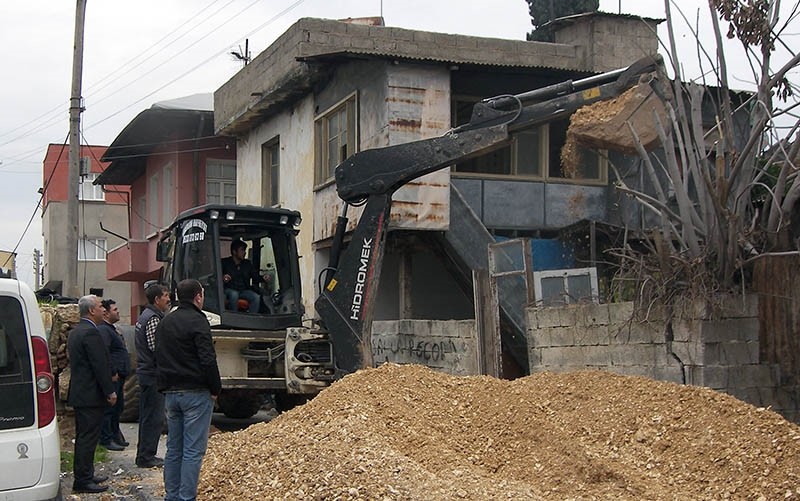 The site of the illegal excavation in Turkey's southern Mersin province (DHA Photo)
by Daily Sabah Jan 15, 2018 12:00 am

According to reports, police in Mersin's Tarsus district discovered an illegal excavation in the backyard of a house, which had previously been cordoned off by authorities after the discovery of another illegal excavation.

Security officials arrived at the scene of the excavation and found that the suspects had dug a hole 3-meters in diameter and 4-meters in depth.

They discovered a 5-meter-wide 2nd century A.D. mosaic at the site, and a heart-shaped stone column, reports said.

Museum officials who were also at the scene of the incident placed the artifacts under protection and launched an inquiry into the excavation.

The suspects had been secretly carrying out illegal excavations in a rented field, and dug around four meters in total, Ihlas News Agency reported.

Police also confiscated 39 excavation tools used by the suspects and launched legal proceedings against the suspects.