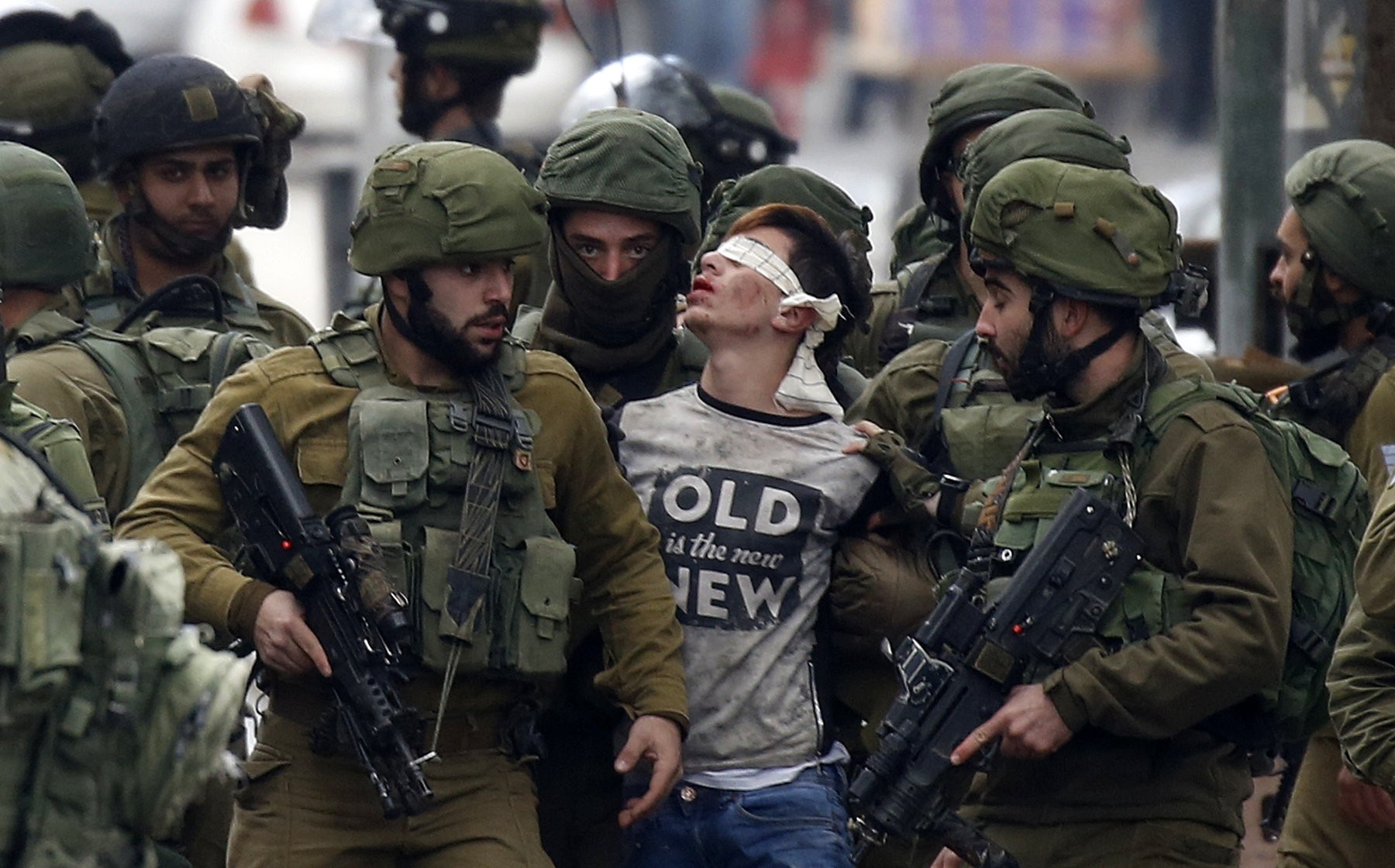 Fawzi al-Juneidi, who became a symbol last month of Palestinian protests against the recent U.S. decision to recognize Jerusalem as Israel's capital, is set to visit Turkey on Tuesday where he will meet President Recep Tayyip Erdoğan.

Rashad al-Juneidi, the 16-year-old's uncle, told Anadolu Agency by phone that his nephew had departed Ramallah on Monday morning en route to Turkey at the invitation of Istanbul's municipal authorities.

He is currently in Jordan, from where he will set out for Turkey on Tuesday morning, his uncle said.

While in Turkey, Rashad said, his nephew was expected to meet with President Erdogan and a number of senior Turkish officials.

Fawzi was detained in the West Bank city of Hebron on December 7 as his photos of being dragged away blindfolded by a dozen heavily armed Israeli soldiers sparked outrage in the Muslim world.

Lawyer Maamoun al-Hashim, quoting the child, said he was assaulted by dozens of soldiers, who kept hitting and insulting him when he was on the ground, according to a statement by the Palestinian Prisoners Society Saturday.

"I was tied up with plastic bandages and dragged away blindfolded," the statement quoted the child as saying, according to Anadolu Agency (AA).

Fawzi was also subjected to the torture during his detention during his three-week-long detention, his lawyer said.

"I felt I was going to fall unconscious as a result of torture," the child was quoted as saying.

Turkey has been welcoming prominent Palestinian figures who suffered mistreatment by Israeli officials.

In December, 29-year-old Mohamed al-Tawil, a young Palestinian with Down syndrome, who was detained for an hour by Israeli troops in Hebron, came to Turkey upon the invitation from the health ministry and was received by Erdoğan at the presidential complex.