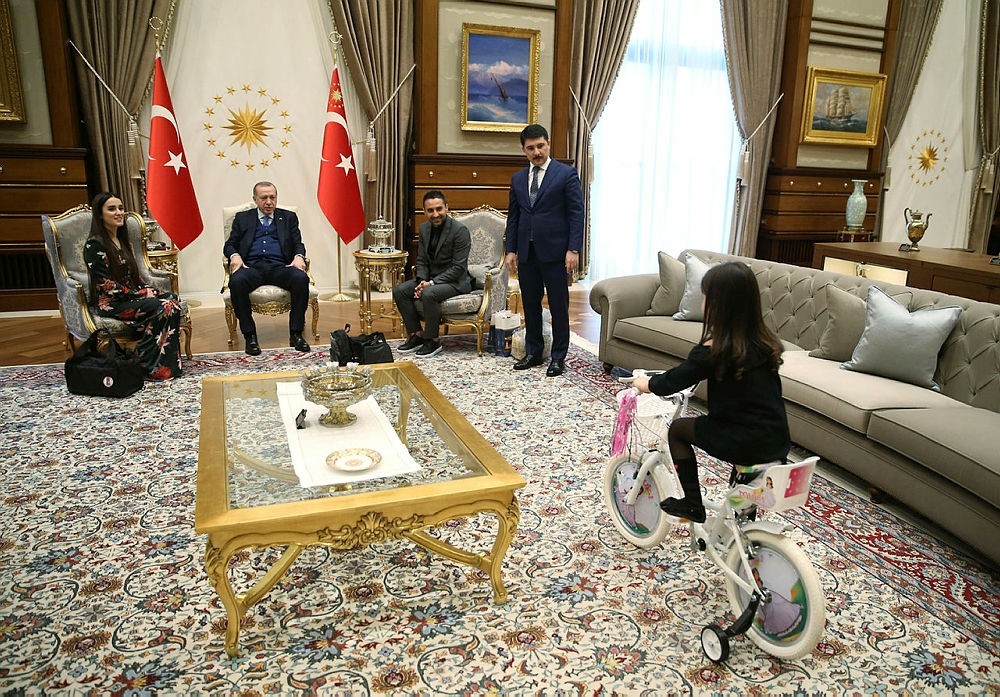 President Recep Tayyip Erdoğan met a 4-year-old girl on Monday at the Presidential Palace after a video of her crying because she was not able to see him went viral.

Irmak Ayşe İstek was among the children selected to meet Erdoğan during the president's visit to the central city of Yozgat in early January, but his meeting was canceled when he had to leave early due to bad weather in the region. The girl's mother uploaded a video online showing the girl in tears, saying she loves Erdoğan.

Erdoğan made a phone call earlier this week, comforting the girl and asked how she was doing at school and pledged to meet her next week. When the girl told him she was excited to meet him, Erdoğan responded, "I am excited too."

Accompanied by her parents, Irmak realized her dream of meeting the president at the Presidential Complex where Erdoğan gifted the little girl a bike and a jersey of her hometown's football team Yozgatspor.