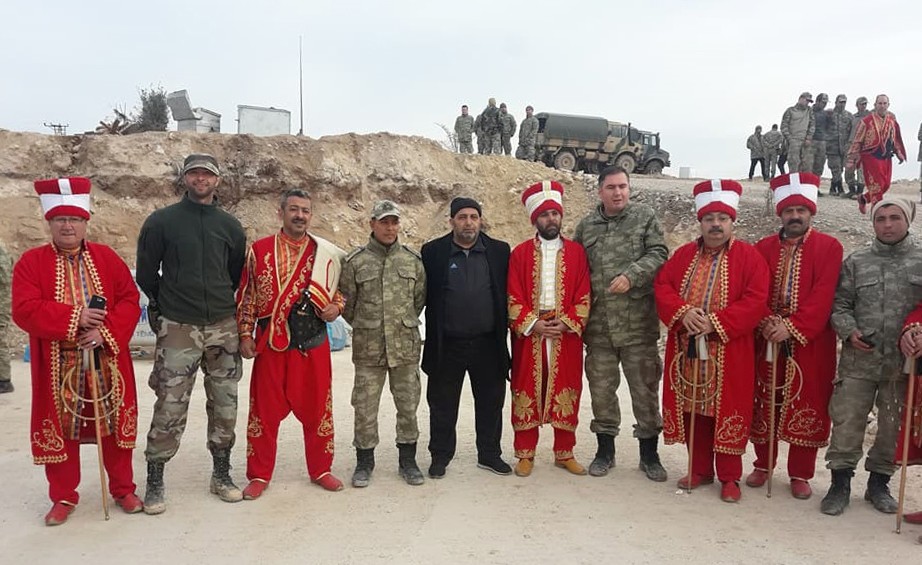 The Ottoman military band, Mehter, performed in the border province of Hatay for soldiers taking part in Turkey's Operation Olive Branch in Syria's Afrin on Monday.

Mehter, the oldest military band of its kind in the world, performed in Hatay's Reyhanlı district along the Turkish-Syrian border. Hatay Metropolitan Municipality organized the performance as a show of support for Turkish troops. 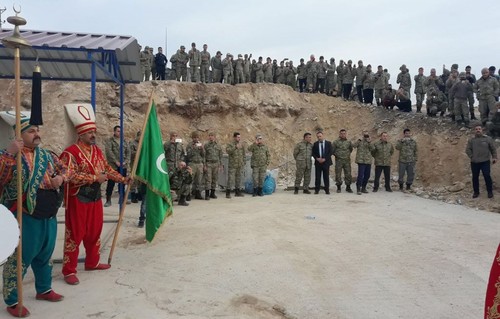 Some soldiers filmed the performance with their mobile phones, which included a number of anthems such as "Conquest" and "Malazgirt." The soldiers took pictures with the band at the end of the concert.

The operation was being carried out under the framework of Turkey's rights based on international law, U.N. Security Council's decisions, self-defense rights under the U.N. charter and respect to Syria's territorial integrity, it said.

The military also said, "utmost attention" was being paid to not harm any civilians.