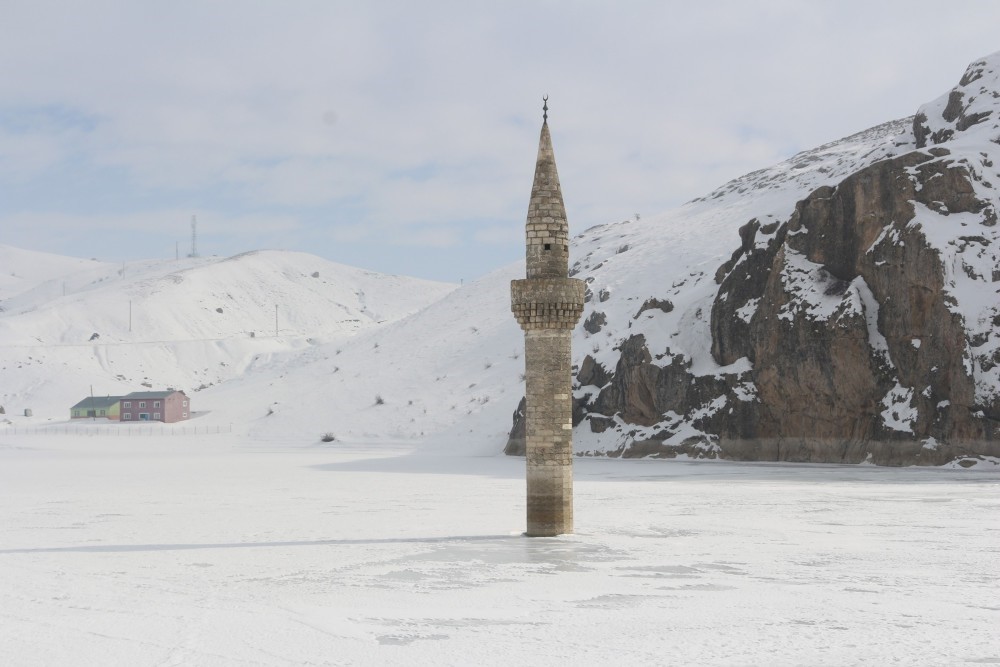 Ağrı's village of Başçavuş was submerged once the Yazıcı Dam started to operate. The entire village became an underwater city and the only visible proof that the village was once there is the minaret of the mosque the pierces upward from below the water.

Located in eastern Anatolia, Ağrı is one of the coldest parts of the country and the dam lake freezes in winter. With the lake frozen, the minaret of the submerged village's mosque on the white frozen lake creates a surreal scene.

At first glance, the minaret, which is 15-meters high, looks like it was built on the water. When fog comes down, the scene becomes more gothic and creates interesting images for professional photographers to capture.

This surreal scene has also begun to draw tourists to the region. Those who see the minaret on the water for the first time enjoy the oddity.