Storm knocks down hundreds of trees in Bolu, northwestern Turkey 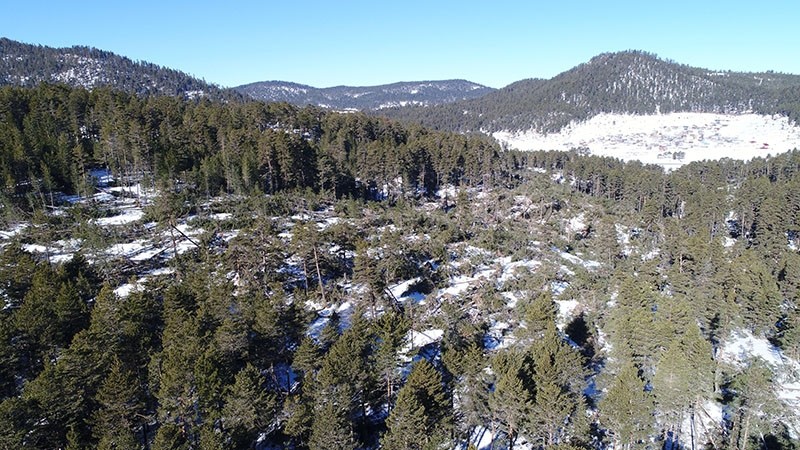 Hasan Keskin, head of Bolu Forestry Directorate, said that snowfall was effective in mid-January, but the weather soon returned to normal causing the soil to soften and become muddy, which was then followed by the recent storm.

Keskin explained that the yellow pine forest in the Aladağ area was particularly affected from the storm, with the damage occurring in localized strips.

He said that efforts to determine the damage continue and so far there is approximately 30,000 cubic meters of knocked-down trees, adding that the trees will quickly be brought to depots to be supplied as wood.

The areas damages by the storm will quickly be reforested by April, Keskin announced.

As a possible effect of climate change, average temperatures for the 2017-2018 season were significantly higher than previous seasons, especially in western Turkey, with many areas receiving little or no snowfall and rainfall.