Vaselon, one of the oldest monasteries in Anatolia, to be restored 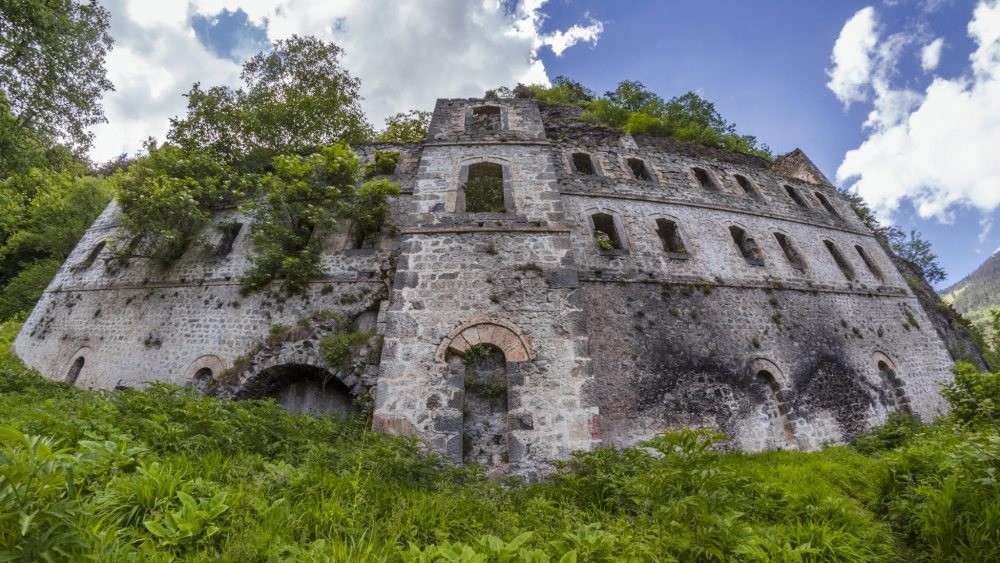 The Vazelon monastery fell into disrepair over the centuries.
by Daily Sabah Feb 01, 2018 12:00 am

Turkey is set to restore one of the oldest monasteries in the country as it strives to revive its ancient heritage, this time for Vazelon in the northern city of Trabzon, home to the famed Sümela Monastery and similar sites

It is not widely known as Sümela but another monastery built on the cliffs of Maçka, a town in the northern province of Trabzon, awaits restoration. Officials say a restoration project is underway to revive the glory days of Vazelon, named one of the oldest monasteries in Anatolia. Alternatively called Zouvalon, the monastery is believed to be built around 270 A.D. and is dedicated to John the Baptist. Over the centuries, it fell into disrepair as the Christian population in the region declined.

A public tender will be launched next year for the restoration work while a newer monastery built in the eighth century will also be restored by the local municipality.

Trabzon has been an important center of Christianity in the north of present-day Turkey before Turks gained control of the city and a final conquest by the Ottomans in the 15th century ended the Christian rule. Maçka alone hosts five monasteries though only three of them have survived.

Vazelon has been left in ruins for about a century during which it was looted by treasure seekers. Maçka Mayor Koray Koçhan said the town hosted "big and spectacular" monasteries and they examined old maps to locate other possible monasteries.

"We only know the names of Vazelon, Sümela and Kuştul. There are two other monasteries but they were destroyed beyond repair," Mayor Koçhan said.

Speaking to İhlas News Agency, he said the town can be a place worth visiting like Cappadocia - an ancient region in central Turkey known for churches carved into rocks.

Kuştul Monastery, also known as Peristere, will be next in line for restoration. Like others, it is located on a steep cliff overlooking the valley where the town is located. The mayor said that they are currently preparing a project to restore it.

Restoration work is currently underway on the Sümela Monastery, located at an altitude of 1,200 meters. Crews working on the restoration had recently come across a previously inaccessible chapel on the site. Sümela is the most well-known monastery in the region and drew hundreds of thousands of visitors annually before it was closed for a comprehensive restoration two years ago.

The monastery will be primarily a tourist attraction as Trabzon hopes to boost revenues from faith tourism. With its lush valleys and highlands, the city is a popular spot in the country's Black Sea region.

Since the Justice and Development Party (AK Party) came to power in 2002, Turkey has been pursuing a policy to revive religious heritage. Apart from returning properties seized from religious minorities decades ago, Turkey also undertook ambitious restoration projects for churches, synagogues and monasteries. Most were abandoned after they were forcefully seized by the state in the past while others closed their doors due to a declining congregation.

In January, a Bulgarian church in Istanbul that had been closed for years was reopened in a high-profile ceremony after it was restored by the state.