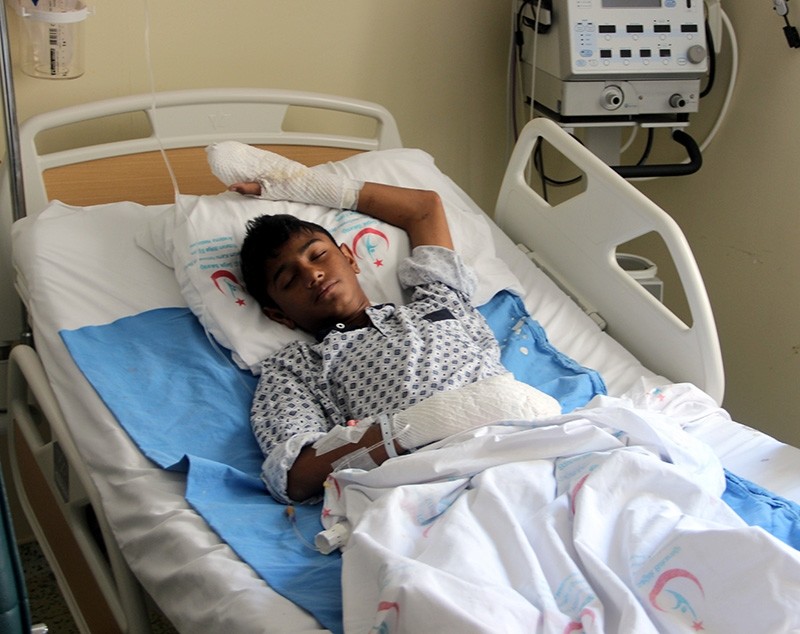 Three Pakistani migrants, who were found in an eastern Turkish province, are facing the risk of losing their limbs after they suffered from hypothermia.

The trio, who were taken to a hospital in Erzurum province after they were found by security forces on Sunday, are facing the risk of losing their limbs to frostbite.

"Our patients have been exposed to freezing cold when they were taken to our hospital by gendarme squads. Their general health conditions are fine; however, our examinations show that their fingers and feet may be amputated," said Op. Dr. Mehmet Ozturk, head of the Burn Center in Erzurum Education and Research Hospital.