Hills are alive with comeback of ancient snowboard 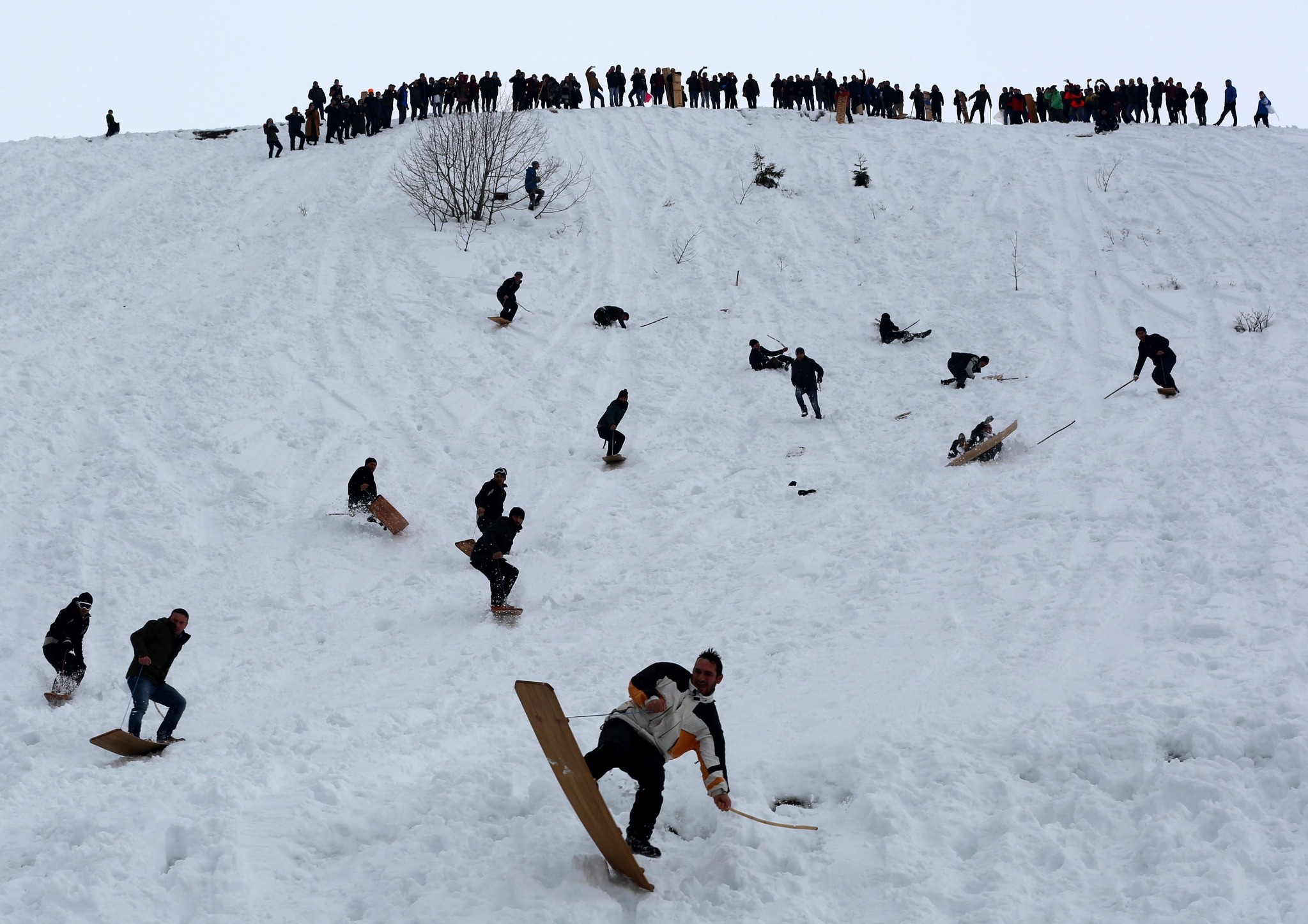 Petranboard, also known as Lazboard evolved from a local means of transportation to winter entertainment over the centuries.
by Compiled from Wire Services Feb 05, 2018 12:00 am

Some two centuries after it was invented, an ancient form of snowboarding grows more popular in the Black Sea province of Rize.

The 11th edition of the Petranboard Festival drew about 2,000 people yesterday with amateurs and pros mingling on a hill on the Petran Plateau, which stands at an altitude of 2,200 meters. Commanding a wooden plank with a rope tied on the front while holding a stick in one hand, the participants skied down snowy slopes. Local and foreign tourists were among the participants, having barbecue parties on the side while locals performed horon, a folk dance peculiar to the Black Sea region. A competition was also held to choose the best "petranboarders," who were awarded with 2 kilograms of an expensive, locally-produced honey, TV sets and gold jewelery.

Petranboard is locally known as "üzme tahtası," or skiing board, among the locals. It is alternatively called the "Lazboard" with Laz referring to the ethnic composition of the region. Stories vary about its inception with some attributing it to a boy who came up with its design as a practical way to wash rugs with snow by using planks on the rugs spread on a slope. In time, it became a preferred means of transportation for locals living on the Petran Plateau which suffers from heavy snowfall throughout winter. Made of pine trees, the 30-centimeter-wide and about 190-centimeter-long plank was mostly used to reach the town center from the plateau in the past before it went into obscurity with the construction of roads and the emergence of cars and other faster methods of transportation. As winter tourism flourished in the region, locals turned to it again to attract more tourists to the region and came up with the festival more than a decade ago. Only a few hundred people showed up for the festival's first couple of editions but the turnout grows every year as the event was made popular by the media.

Hızır Havuz, a local who spoke to İhlas News Agency about the history of primitive snowboarding in the region, said their ancestors used prayer rugs to ski down the slopes before they switched to wooden planks. "It was even used for commerce, for carrying goods for sale. Nowadays, people use it for fun. In my youth, dozens would gather here for skiing, now it is a big festival. People like it, we have visitors from all around the country," he said.