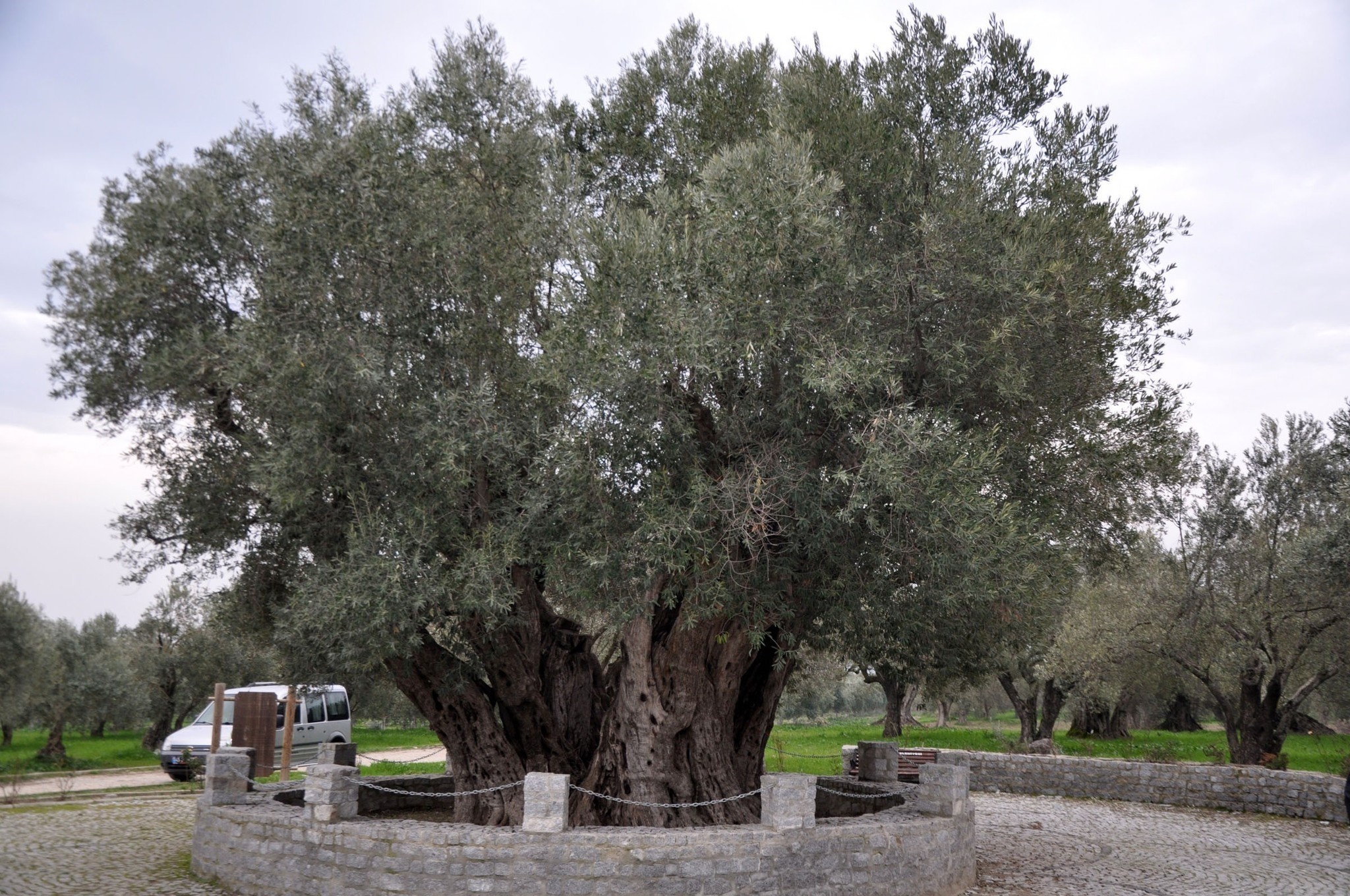 A 1,656-year-old olive tree may be older than it was thought, and the town where it is located counts on it to promote itself if it is 2,018 years old, as some researchers claim.

The tree, which still bears fruit, was designated a "monument" in 2013 to preserve it, and experts have certified it as the third oldest tree in the world. Local legend says it was planted by the Virgin Mary while she was leaving Pergamon to go to Ephesus before the birth of Jesus Christ. Kırkağaç used to be a stopover between the two ancient towns in the past, and an abode in Selçuk where ancient Ephesus is located is viewed as a sacred place where the Virgin Mary spent her last years.

The local agriculture chamber will now fund new carbon dating to determine the exact age of the tree. The 13-meter-long tree has a trunk of 10.6 meters, and locals say it is likely the only such old tree in the world that still bears fruit.