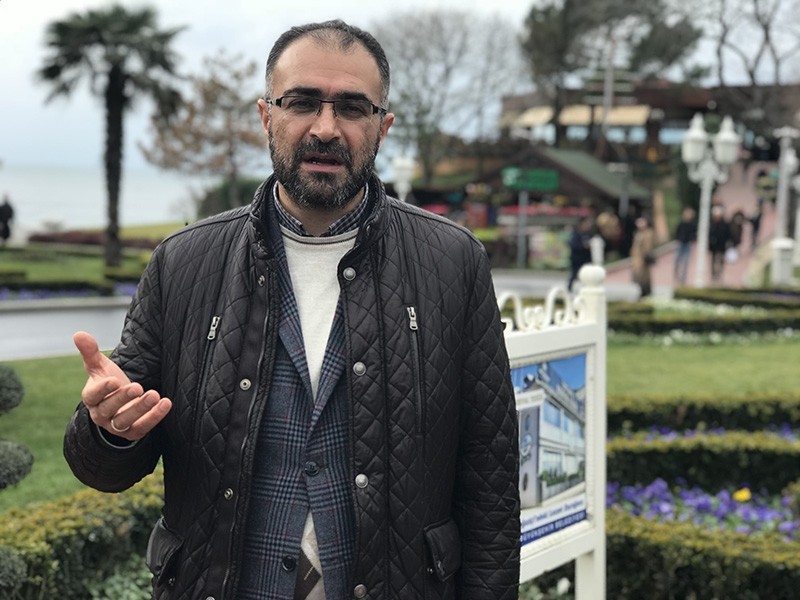 Tekel was set free this morning and arrived in Istanbul at 11:00 a.m. local time.

Tekeli was detained by Israeli police on Jan. 15 at Tel Aviv's Ben Gurion Airport after he attended a program in Jerusalem that began on Jan 11.

Speaking to Anadolu Agency (AA) regarding what he has gone through for 28 days in detention, Tekeli said he was stripped naked, interrogated incessantly for days and drugged during his almost one-month long torturous ordeal.

Tekeli said that he was detained while he was about to fly back to Turkey after his visit to Jerusalem, during which he gave some workshops with a group of lawyers, as well as touristic visits. Being questioned for 2.5 hours initially after his detention, Tekeli expressed that he has been asked numerous questions for days by almost 17 different people constantly afterward.

"Almost 16 to 17 people came every day and asked me the same questions every time," Tekeli said.

The reason for his detention remains unclear as Israeli courts and authorities refrained from issuing any statements on Tekeli and authorities had rejected the AA correspondent's demand to follow his trial.

"They cursed our past, our history and the people in Turkey," Tekeli highlighted while indicating that he thought that he would never be released since Israeli cops increased the pressure over him day by day while accusing him of being a Turkish spy.

Regarding the conditions of the prison he has been kept, Tekeli said that since he was handcuffed from both his hands and feet, he could not stand. "Whenever I asked for my handcuffs to be relaxed a bit, the Israeli officers tightened them even more," Tekeli said.

"My eyes were sealed [blindfolded] and they were continuously taking me from one place to another."

"I used to hear people screaming, animal sounds. It was as if they had been tortured," he added.

He said he would face harsher conditions whenever he asked for a lawyer and or the Turkish ambassador.

"In the last room I was sent, I was all naked and they kept me waiting in handcuffs in freezing cold … Later they said they would take me to a room that they called VIP.

"At first, I thought it would be a better room. But that VIP room turned out to be like a fridge. The prisoners there used to call it 'sellace,' which means fridge."

"One day, I was really exhausted after they had interrogated me for hours…Then I saw them giving me an injection. I tried to ask what they were doing and then I realized that there were two pills in my mouth. I could not focus on anything after that."

He said later the Israeli officials claimed the drugs forcefully given to him were to prevent him from getting sick.

Previously speaking to AA, Tekeli's wife Meryem Tekeli said: "My husband was unlawfully arrested, we are in shock. We only went to Jerusalem for travel reasons. My husband is innocent… Israeli authorities are not giving us any information."

Previously, his detention had been extended several times until he was released on Sunday.