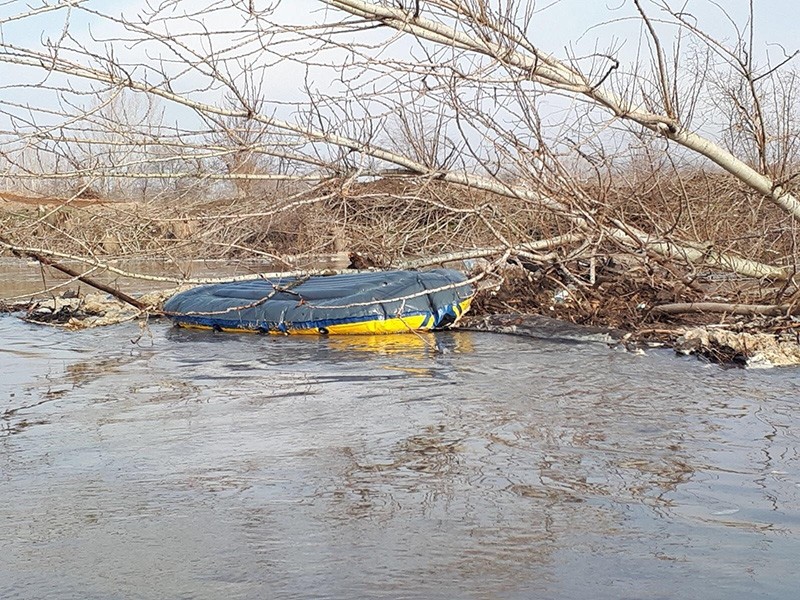 A boat carrying undocumented migrants capsized on Maritsa River that runs along the border between Turkey and Greece on Tuesday, with at least three migrants killed and seven others missing.

The incident was revealed after one of the migrants called on the soldiers patrolling the military zone, asking for help for his child to be rescued.

The soldiers notified the local Disaster and Emergency Management Authority (AFAD) units about the incident and a search with zodiac boats was launched in the area.

The boat and several clothes were later found on river banks, and efforts to find out if there are any migrants trapped in the area continue.

The bodies of a woman and two children, allegedly all Turkish nationals, were found later in the day.

A spokeswoman for Turkey's Disaster and Emergency Organisation (AFAD) also confirmed three people died in the incident, saying that four remain missing. The eighth refugee had made it into Greece, it said.

The river currently runs at a higher flow rate due to recent rainfall in the region.
Last Update: Feb 13, 2018 6:52 pm
RELATED TOPICS