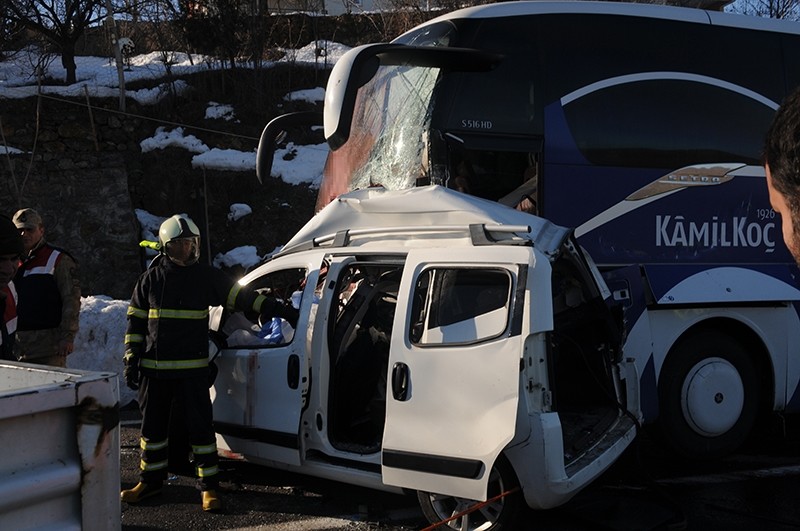 Four people were killed and seven others injured after a light commercial vehicle collided with a large passenger bus Wednesday morning in eastern Turkey's Bingöl province.

The passenger bus, operated by Kamil Koç, was passing through Bilaloğlu village on the Bingöl-Elazığ highway when it hit the smaller vehicle.

Four people in the commercial vehicle were dead at the scene, while seven others were taken to Bingöl State Hospital for treatment.

Authorities have not determined the cause of the accident.