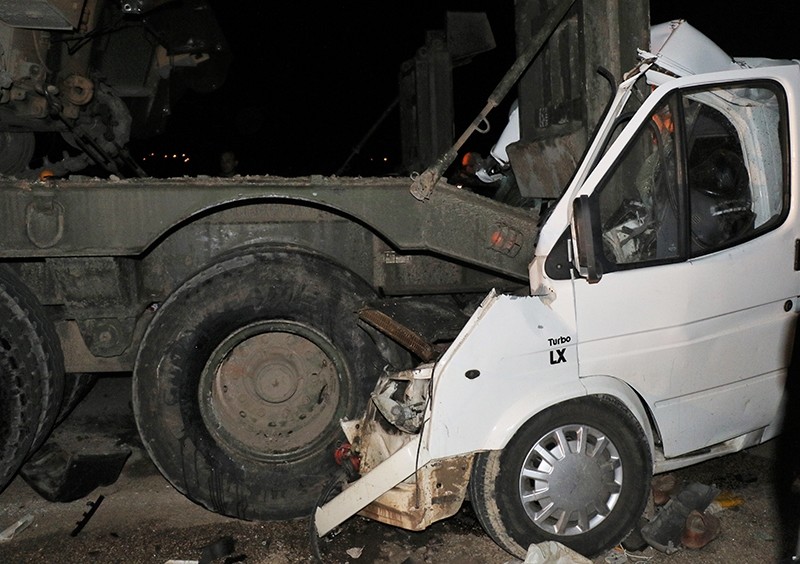 A traffic accident between a minibus and a military vehicle left four dead and 10 others injured late Tuesday in the Kırıkhan district of Turkey's southern Hatay province.

The minibus, driven by Hüseyin Anşen, was carrying agricultural workers from a citrus packing plant when it hit a military truck in Yalangoz neighborhood.

Three passengers and the driver of the minibus were killed, three at the scene and one later in the hospital. Ten other passengers were taken to the hospital and treated for injuries.

The minibus, which was severely damaged by the impact, was removed from the scene by crane.

No injuries among military personnel were reported.

Kırıkhan District Governor Mustafa Erkayıran visited the hospital after the patients received treatment, and said an investigation into the cause of the accident is underway.