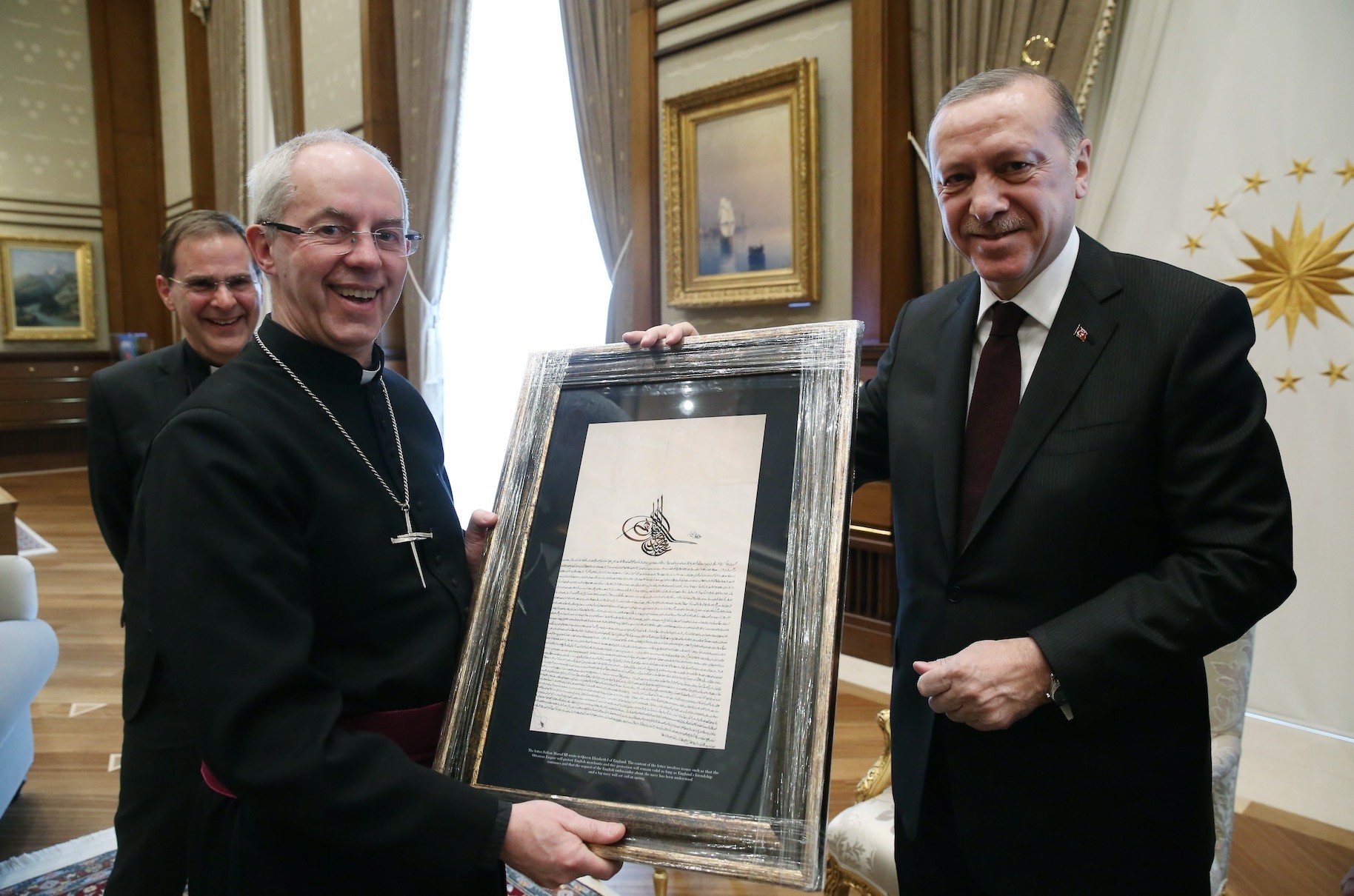 President Erdou011fan presented Archbishop Welby (L) with a copy of a letter from Sultan Murad III to Queen Elizabeth I.
by Daily Sabah Feb 16, 2018 12:00 am

President Recep Tayyip Erdoğan received Archbishop of Canterbury Justin Welby, the spiritual leader of the Church of England, yesterday at the Presidential Palace in Ankara.

The closed-to-press, one-hour meeting was a first between the Turkish leader and the archbishop.

The Church of England has a small following in Turkey, where it runs several institutions, including the 19th-century Crimea Memorial Church and Christ Church built in the memory of soldiers who perished in the Crimean War.

Media reported that Erdoğan presented a copy of a letter sent by Sultan Murad III to Queen Elizabeth I as a gift to the archbishop and a book about the new vision for Turkey that outlines the development policies of Erdoğan's ruling Justice and Development Party (AK Party).

The letter sent by Murad III - who ruled the Ottoman Empire from 1574 to 1595 - to the English queen includes a pledge of protection for English merchants and continued friendship between two the empires. Murad III and Elizabeth I exchanged letters often at a time of closer ties between their realms as the English monarch pursued an alliance with the Ottomans against threats from Europe, a rarity for its era.