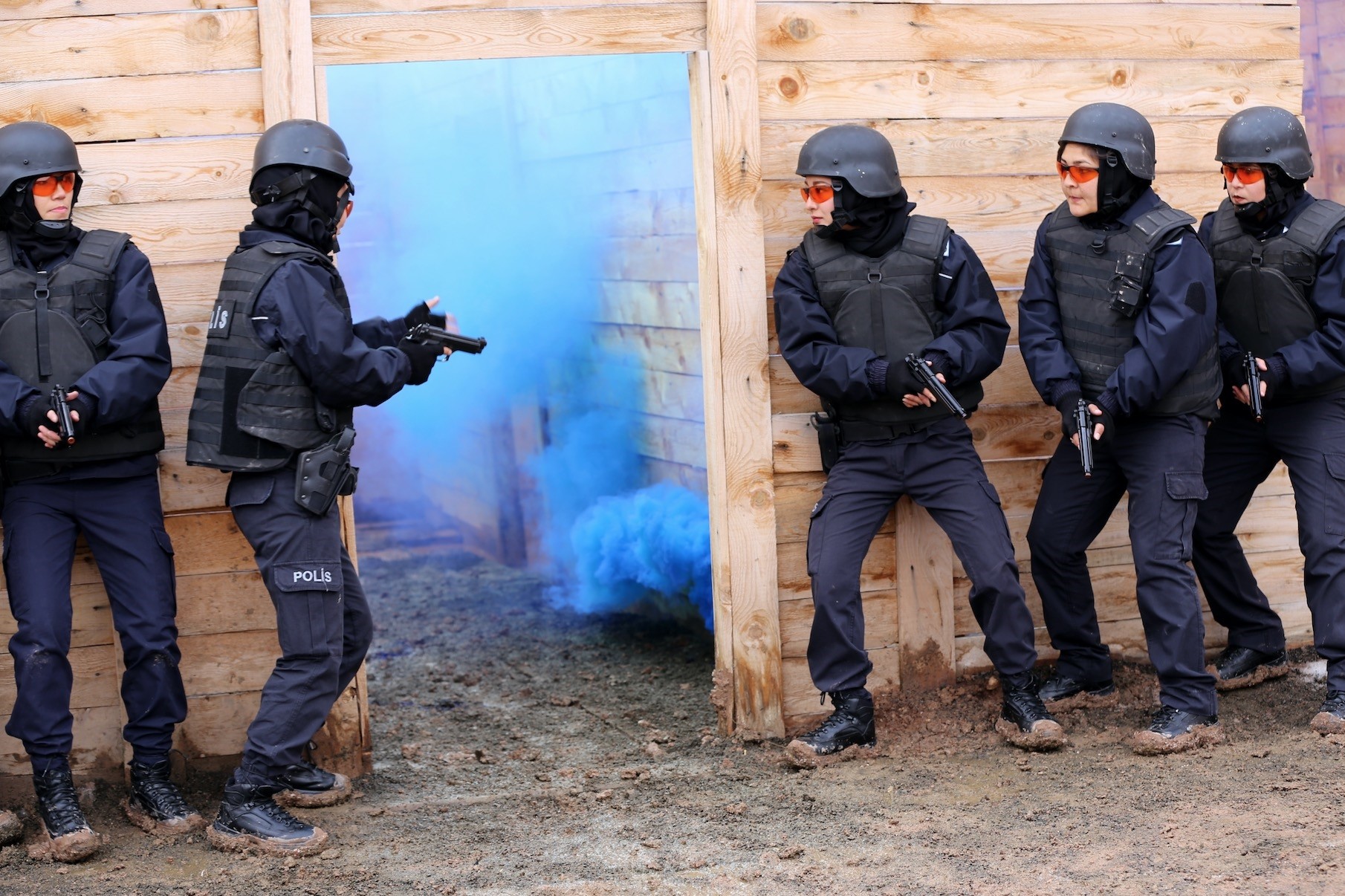 A police academy in Turkey's central Sivas province has been training candidates from various countries as part of cooperation agreements with their governments.

Yılmaz Çolak, head of the academy, said 5,300 Syrian police personnel have received training from the school. Iraqi and Somali police forces will also be provided training, he added. He said their aim was to become the leading country in police training. "We have made considerable progress in this regard. Demands particularly from the Balkans, the Middle East, Africa and Asia are indicative of this. We are already working very closely with Europe on EU projects."