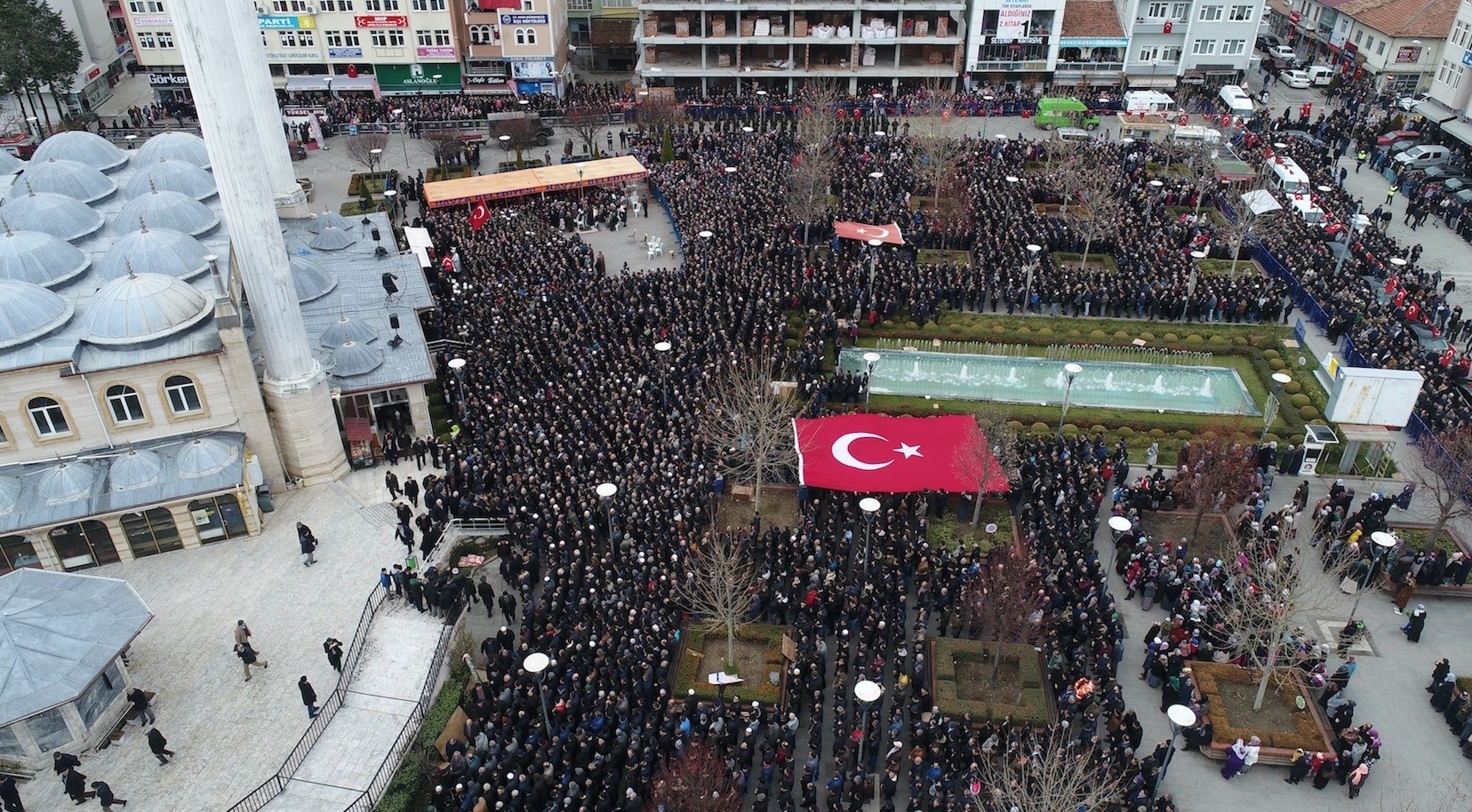 Emotions ran high yesterday in the northern province of Samsun where a funeral was held for the latest martyr of Operation Olive Branch in Syria. Some 8,000 people attended funeral prayers for 26-year-old Göksu Şafak Şahin, a non-commissioned officer who was killed the previous day in the operation.

As his flag-draped coffin was brought to a mosque in his hometown Havza yesterday, a somber mood prevailed among the crowd gathered for the funeral. The young soldier's six-months-old daughter, Reyhan Öykü, cuddled in her mother's arms, extended her tiny hands to the framed photo of her father in uniform placed next to the coffin as the soldier's wife Kadriye pointed to the coffin and said, "This is your father." The soldier's mother was among a few people who burst into tears during the funeral, while her husband tried to rein her in.

"Don't cry. That's what the traitors want," he quietly uttered, referring to the terrorist group that killed Şahin. The soldier is among 32 killed in about one month of operations to support the Free Syrian Army that battles a terrorist group controlling the Syrian town of Afrin. Operation Olive Branch aims to clear People's Protection Units (YPG) from the town. The YPG is an affiliate of the PKK, the terrorist group behind a decades-long campaign of violence in Turkey. The latest figures show more than 1,600 terrorists have been neutralized since the start of the operation on Jan. 20.