Historic Georgian church in Erzurum to be restored 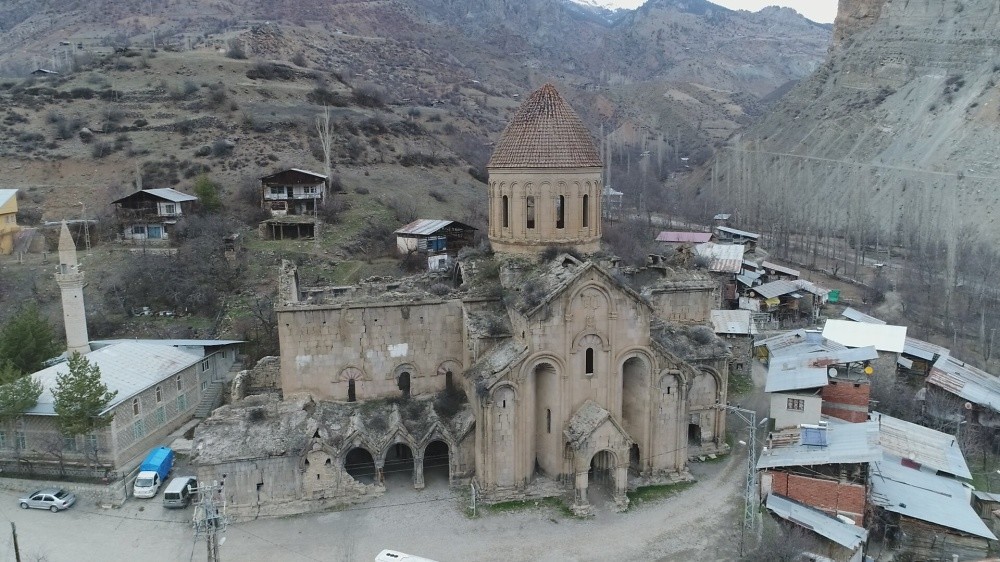 Although it has been abandoned for centuries, u00d6u015fvank Church largely survived thanks to locals helping with its preservation.
by daily sabah Feb 23, 2018 12:00 am

Authorities in eastern Turkey's Erzurum have decided to restore a 10th-century Georgian church, one of the very few that have survived in the region.

The Öşvank (Oshk Vank) church, located in Erzurum's Uzundere district, was part of a monastery and an important religious center for the area's Christian community during the rule of a Georgian dynasty.

Even though it lay abandoned for centuries the structure is still in good condition. Now, the Culture and Tourism Ministry has launched a project to restore the church to its former glory.

With its ornate architecture and inscriptions, the church is a popular attraction for local tourists as well as tourists from neighboring Georgia. A wooden pillar that replaced a marble column is among the reinforcements that prevent the century-old structure from collapsing.

Uzundere Mayor Halis Özsoy says the church served as a religious center for Georgians and was a hub of religious education for Christians.

"The structure has weakened over centuries. Experts will first examine which parts of the building need restoring and work on a digital model before any actual restoration takes place," Özsoy said.

The church is made of stones extracted from a nearby stone quarry that still stands although not used. "We found out the exact location of the quarry, and stones will be extracted again for the restoration work," Özsoy said.