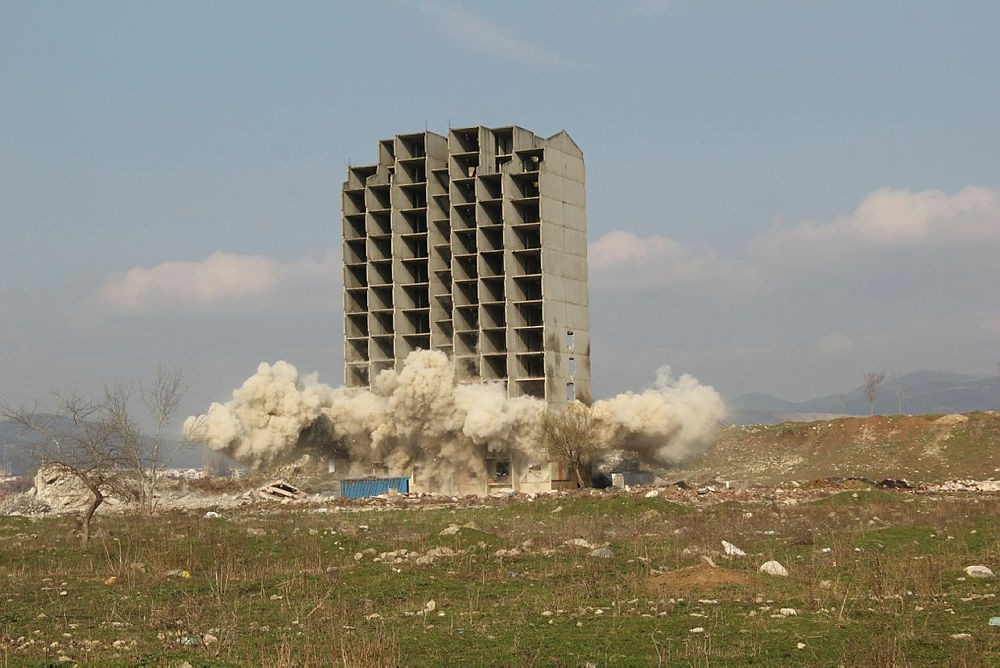 A 13-story building collapsed Friday in Turkey's northwestern Bursa province, a day after construction workers failed to demolish it with 300 kilograms of dynamite.

One of the construction officials who planned the demolition operation said they started hearing cracking sounds from the building in the afternoon hours and it collapsed without no external influence.

On Thursday, construction units failed to conduct an implosion after detonating 300 kilograms of dynamite placed on the third floor of the building for a documentary about earthquake safety.

After failing to demolish the empty building a second time, the shooting was postponed to a later date.