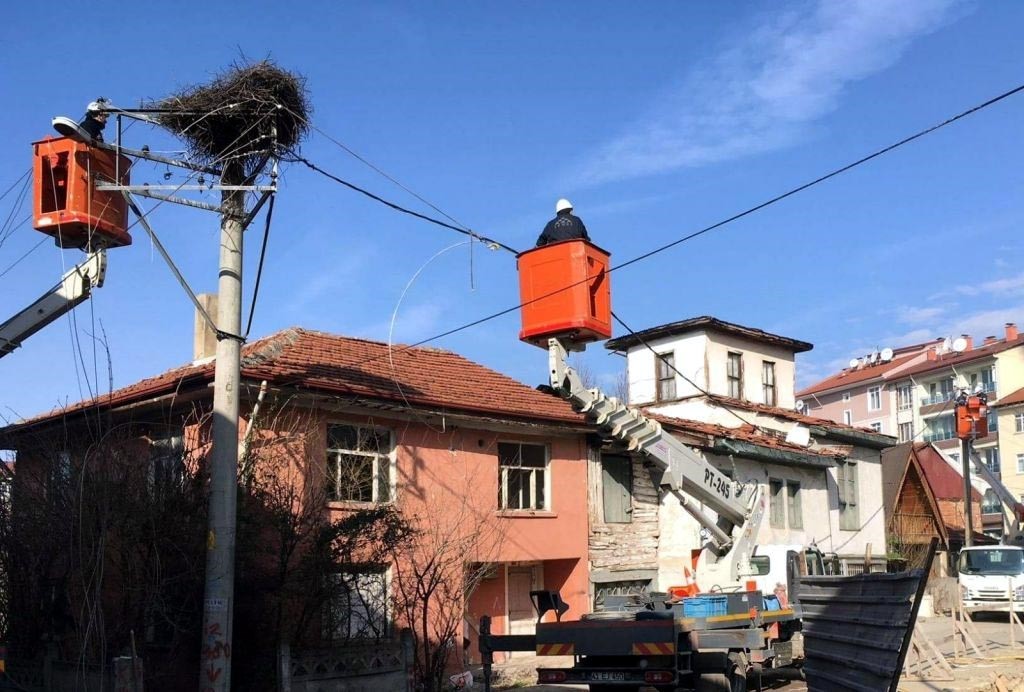 An empty nest used by migrating storks was saved from destruction thanks to the attention of utility workers in the northern city of Bolu. Crews from SEDAŞ electricity company were supposed to relocate a concrete pole for electric transmission which was inside a construction site.

When they noticed the nest atop, they decided to remove it vertically, instead of toppling it down. Workers held the nest to stop it from falling down during the relocation and it was safely erected in its new location.

Three years ago, the town of Sındırgı in northwestern Turkey won praise when the municipality stopped the demolition of the old town hall so as not to disturb a stork and its nestlings in a nest on the building's chimney. The nest was carried to a nearby pole by workers before the demolition and the municipality later installed the nest on the roof of the new town hall.