Turkey steps up international aid with $14.5 billion in 2 years 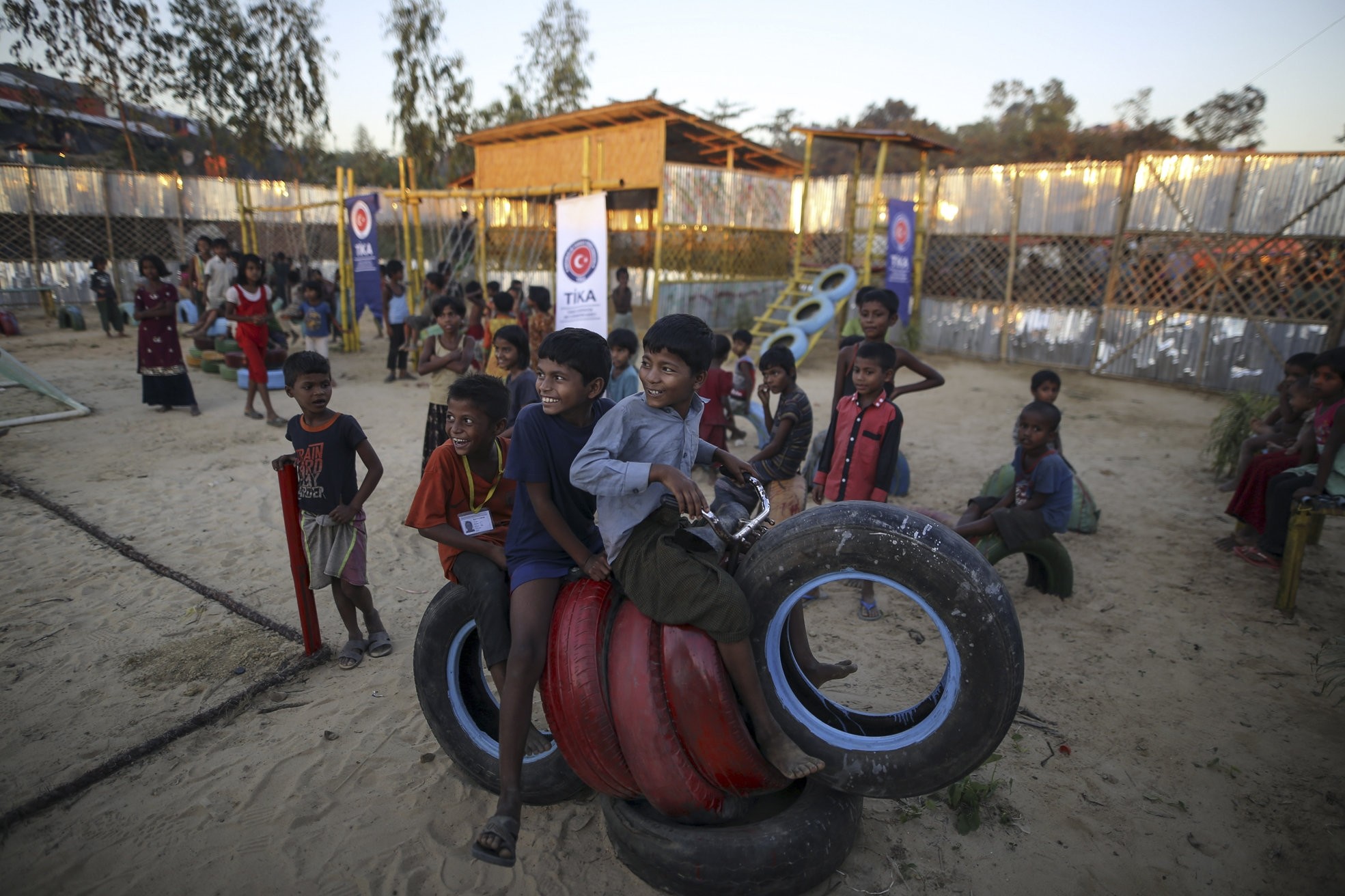 Children of Rohingya refugees in Bangladesh play in a playground furnished by Tu0130KA.
by Compiled from Wire Services Mar 12, 2018 12:00 am

Raising its profile among international donors, Turkey extended $14.5 billion official development aid to countries across the world in 2016 and 2017, according to data by Prime Ministry

Emerging as a political actor to reckon with in its region in recent years, Turkey also improves its standing among donors contributing to countries in need with its international development aid. The latest figures provided by the Prime Ministry shows the country supplied $14.5 billion to various countries in 2016 and 2017.

"We cannot ignore the drama of millions suffering from hunger around the world as Turkey is a country tasked with aiding others as a tradition of our past civilizations. We will continue heeding the cries of the oppressed and will extend a helping hand," Prime Minister Binali Yıldırım said in a written statement regarding the development aid.

The country, that has long been critical of the West offering little aid to underdeveloped countries and refugees, increased its development aid to $8 billion last year from $6.5 million in 2016. Last year, it topped the list of the most generous countries in regards to humanitarian support as per percentage to their gross national income, by the U.K.-based Development Initiatives. From 2013 to 2016, it also maintained third or second place in the list of the world's most generous countries.

Yıldırım said Turkey has become a beacon of hope for the oppressed, desperate people in the world for its aid that knows no boundaries."The ongoing tragedy in Eastern Ghouta and Rakhine may repeat in the future but Turkey works hard to end the tears of people there," the prime minister said, in reference to civilians affected by the conflict in the Syrian enclave and in Myanmarese state where Muslims live, respectively. He added that Turkey broke its own record by increasing official development aid 65 percent in 2016.

Turkey is currently in sixth place among OECD Development Aid Committee members, according to 2016 data that shows other member countries spent $142.6 billion in total.

Struggling with economic growth due to decades of unstable governance embattled with multiple coups and economic crises, Turkey was back on the track for ambitious growth as in the past decade under the ruling party. Shedding its isolated image in the international community, Turkey now pursues a "soft power" policy in international affairs.

As a conflict in its neighbor Syria broke out in 2011, Turkey also proved to be the most hospitable for refugees. The country's humanitarian aid naturally focuses on millions of refugees both in Turkey and in Syria's safe regions. It hosts the largest Syrian refugee community -- that now stands around 3.5 million people -- in the world.

The prime minister said Turkey last year earmarked most development aid to Middle Eastern, African and Balkan countries and on a country level, it was Syria -or those displaced by the war- that received most aid. Turkish Cooperation and Coordination Agency (TİKA), spearheads the development aid efforts. The agency, that started out as a little-known state apparatus in 1990s, evolved into a juggernaut of international aid for Turkey in the past decade. It reached out to remote regions of Africa, indigenous tribes of Latin America, to Palestinians suffering under Israeli blockade and many other peoples and countries in need of aid.