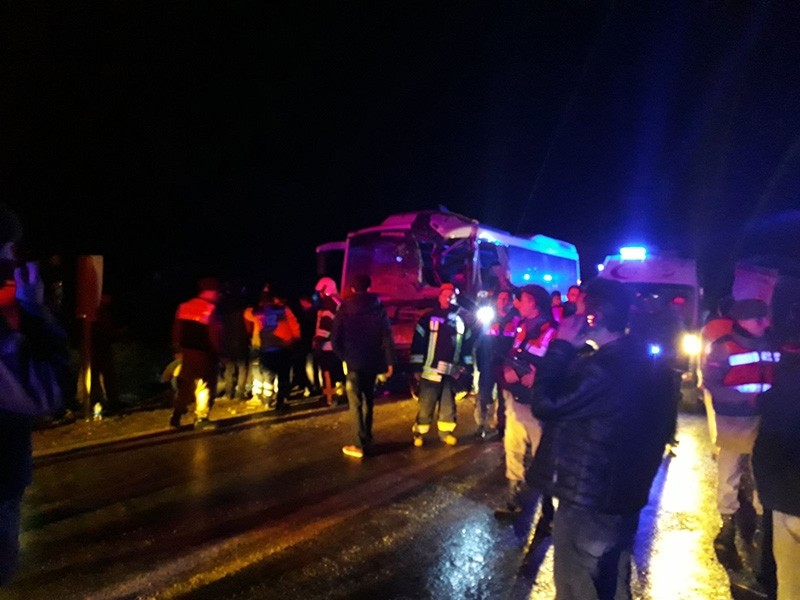 At least 20 people were injured Sunday evening after a passenger bus collided with a concrete mixer truck in western Turkey's Manisa province.

The incident took place on the Gördes-Akhisar highway in the Gördes district of the Aegean province.

Initial reports said 20 had been wounded in the incident, though the number has not been officially confirmed.

The wounded were taken from the scene of the accident by ambulances as well as personal vehicles of witnesses.