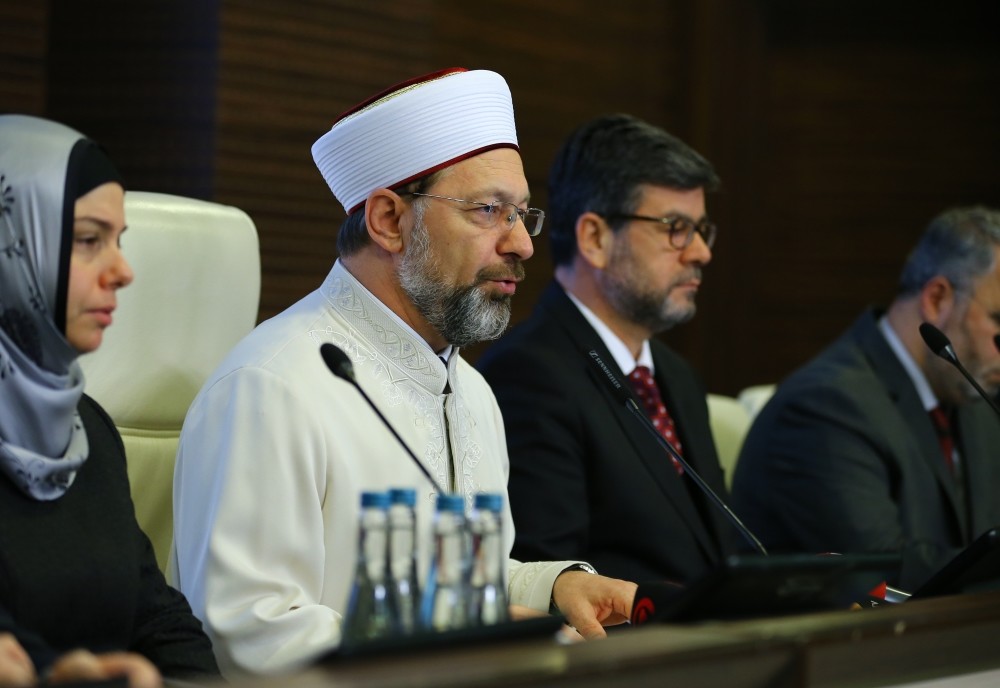 Turkey's Presidency of Religious Affairs (DİB) has launched a new project that will organize conferences and awareness campaigns against terrorist groups like FETÖ and Daesh, that use Islam to draw recruits

Religion dominates the daily life of millions in Muslim-majority Turkey, yet it is also a useful means for terrorist groups to enlist new recruits to their warped view of Islam.

To counter the false religious propaganda by Daesh and Gülenist Terror Group (FETÖ), state-run Presidency of Religious Affairs (DİB) has launched a new initiative. Through imams and other staff in mosques and offices across Turkey, the religious authority wants to raise awareness against the threat of exploitation or abuse of religion by the terrorist groups.

Clerics and theologians will be enrolled by DİB for the campaign that will organize conferences and produce TV and radio programs. The matter will also be included in the weekly sermons at mosques all across Turkey.

Detailing the projects at a press conference in Ankara yesterday, DİB President Ali Erbaş said that the administrators of the authority along with Islamic scholars will attend events to raise awareness this month and the next in 40 cities across Turkey in the first leg of the initiative. He said they would also attend programs on local TV and radio stations to inform the public about the issues.

"We want citizens to ask [DİB] if they need advice on religious education and knowledge, so as not to heed those abusing the religion," Erbaş said.

The religious authority had released detailed reports before on what impact Daesh and FETÖ had on the image of Islam.

Turkey is among the countries branded "infidel" by the terrorist group Daesh, which adheres to a warped version of Islam that justifies acts of terror. Turkish security forces have been involved in a long-running campaign to thwart Daesh terrorism.

The country's efforts against Daesh made it a primary target of the terrorist group, which carried out a number of gun and bomb attacks targeting Turkish security forces and civilians. The terrorist group has managed to attract radicalized youth from Turkey as well as al-Qaeda sympathizers to its ranks. Several Turks, including one individual wanted for plotting some major Daesh attacks, are among the members fighting for the terrorist group in Syria and Iraq.

Like Daesh, FETÖ recruited its followers by brainwashing them through religious messages before exploiting them to for the group's benefit. The members did not question leadership or orders, a DİB report says.

FETÖ, which operates around the world through a large network of schools, institutions and unions, is recognized as a terrorist group in Turkey. The government blames it for the July 15, 2016 coup attempt in the country that killed 250 people and wounded more than 2,000. The government says that the group's self-exiled leader Fetullah Gülen masterminded the coup attempt.

In the 1970s, FETÖ emerged as a religious group and then a "peaceful" movement that advocated interfaith dialogue and worldwide education for the poor and needy. However, FETÖ's decades-long attempts to infiltrate the police, judiciary, military and other state institutions returned in last year's coup attempt. The DİB report suggested that Gülen's followers have been turned into robotic militants who do not question his leadership or orders.