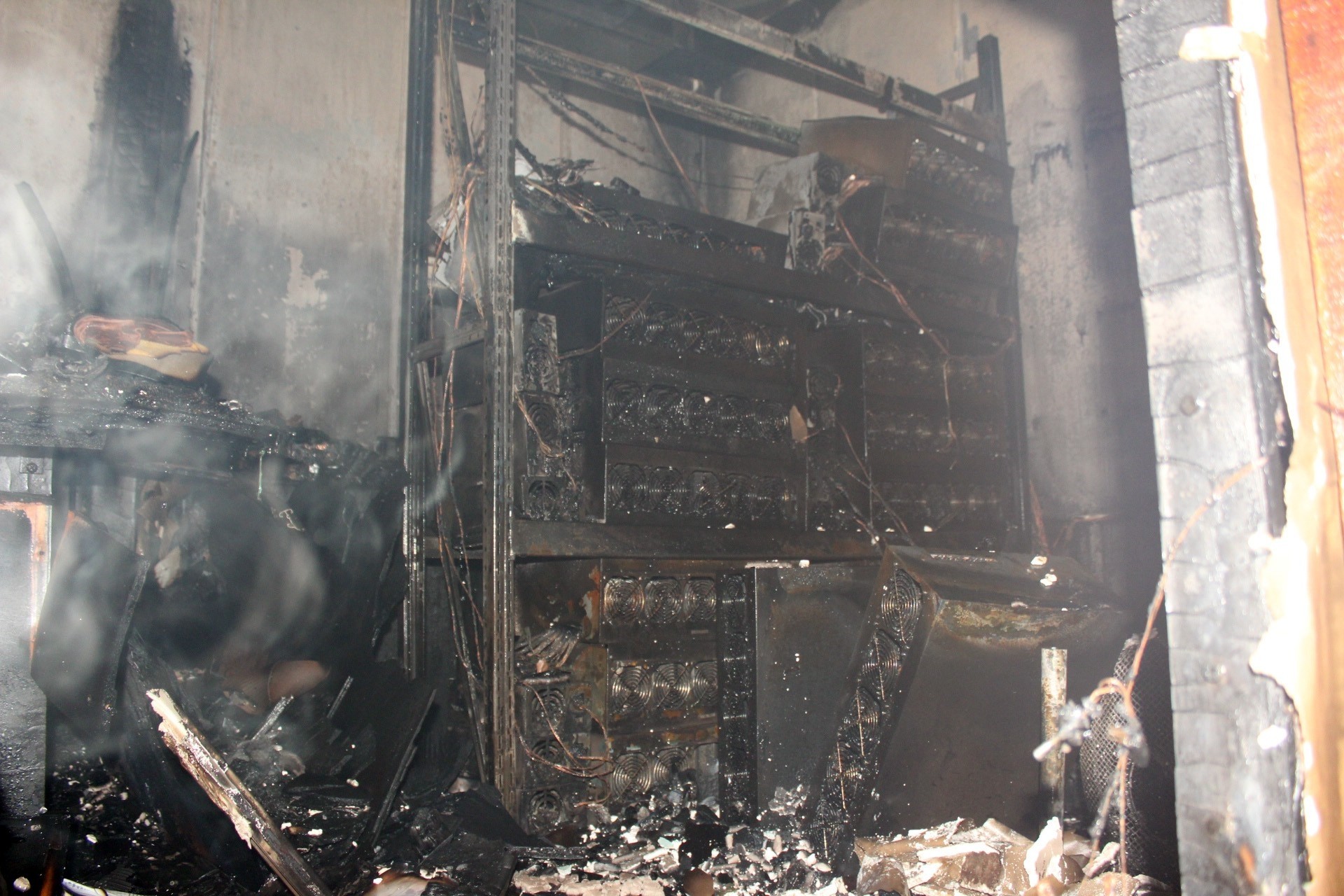 Another fire has been attributed to cryptocurrency mining efforts, this time in the province of Kocaeli - a first in Turkey.

A blaze that broke out in an iron scaffolding factory and engulfed three business sites in Kocaeli's Izmit district on Sunday is believed to have been caused by overheating computers in illegal bitcoin mining efforts.

The fire quickly spread to adjacent shops, damaging both buildings besides the burning workplace. Firefighters struggled to contain the fire.

Pictures taken after the fire was put out showed charred computers claimed to have been used for "mining" the virtual currency and a destroyed factory.

No one was killed or injured in the fire.

The building's cooling and ventilation systems were not sufficient and hence couldn't stop the overheating of the circuits, initial investigations showed.

Police have launched an investigation to confirm the cause of the incident.

The bitcoin mining process is energy intensive. Miners plug in thousands of servers at a time to get the computing power to produce cryptocurrencies, which is done by solving mathematical equations.

Reports have said the electricity used in just a single bitcoin transaction can power a house for a month. The immense electricity consumption needed to carry out such transactions has thus raised environmental concern, in addition to those stemming from their legal status.