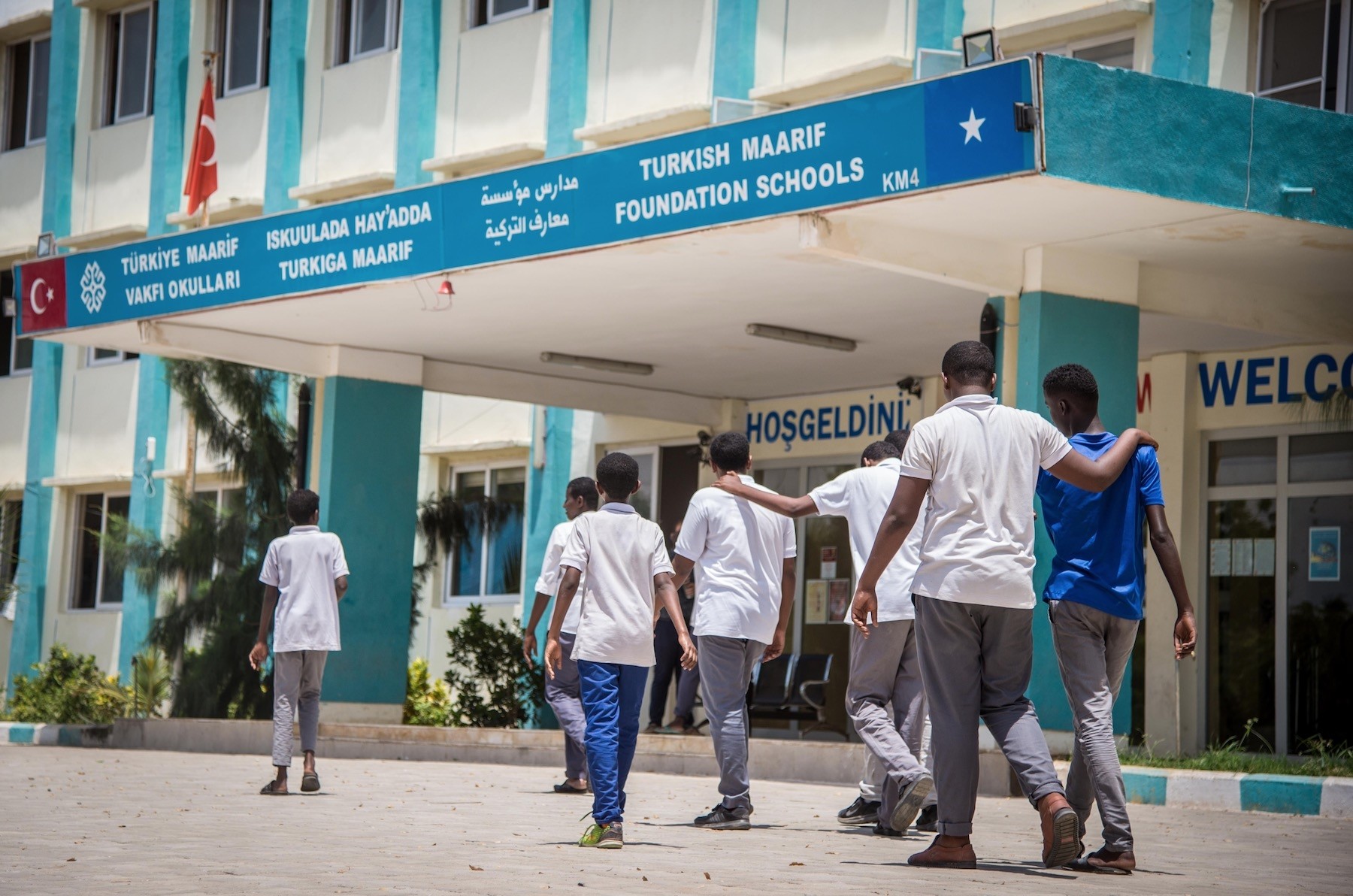 The bloody coup attempt on July 15, 2016 by the Gülenist Terror Group (FETÖ) killed more than 250 people and injured over 2,000. Less than a day after the ferocious attempt to overthrow the democratically elected government in Turkey, the Somali administration said: Enough is enough. The door was shown to Gülenists as their schools were shut down, effective immediately.

As the Somali government made a brave decision to get rid of all the terrorist group-linked members in the country, Turkey's Maarif Foundation (TMV) has taken charge. Today, hundreds of Somali children and teenagers are in pursuit of a chance at world universities thanks to the education offered at TMV schools. 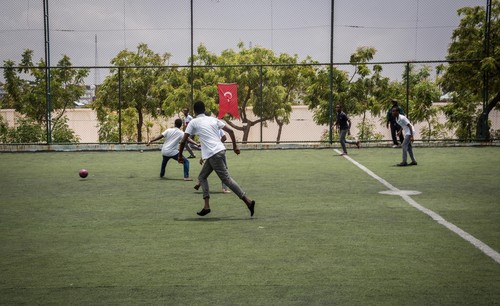 TMV authorities in Mogadishu, Somalia believe that the brotherly ties, Turkish investments and humanitarian projects in the country since 2011 triggered the very swift response to the FETÖ issue.

The Turkish foundation provides education to around 600 students in two separate buildings. The classes are neat, high-technology materials are at the disposal of children and teachers from Turkey place the utmost significance on the quality of the job they are performing.

Somali children are taught four languages in the schools, namely Arabic, Somali, English and Turkish. The administration said the students can speak all four at a very advanced stage at the end of the school. Furthermore, the Somali students receive the same courses as their peers around the world without any hindrance or deficiency. 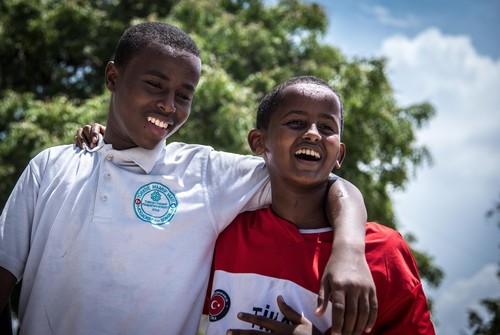 According to the TMV authorities, the main goal here is to prepare them for international universities. Turkey, indeed, is among the top destinations for Somali students for a dream-like university life. In fact, scores of Somalis move to Turkey to receive university or master's degree education. Scholarship opportunities by the Turkish government is also a chance to make a comfortable living in the country.

The Turkish foundation asserts that the idea is to sow the seeds of loyalty in the minds of Somali students to their homeland and help the country move forward with qualified fellow citizens. "The development of Somalia requires such things," the authorities said.

Apart from the usual education at TMV schools in Somalia, the foundation is gearing up for vocational schools. Such schools will train students for specific areas of work.

While the Turkish foundation continues to deliver sustainable and high quality education to Somali students, the FETÖ-era in the country was different. The TMV authorities said that FETÖ picked out targets among the students to shape the domestic politics in the country.

As one of the most well-known strategies of the terrorist group, FETÖ provides education to the children of the elite and political class to meddle in internal affairs of that respective country. While doing that, FETÖ used to portray its educational activities abroad in Turkey as reaching out to the poor and providing them education.

The TMV authorities said that Somali parents used to pay high amounts of money to the FETÖ-linked schools. Being able to afford the school tuition for a Somali parent, though, was extremely tough back in the FETÖ-era.

The foundation contends that FETÖ used to perceive the Somali families as their sole clients. With the handover of schools to TMV, on the other hand, the picture has changed from gloomy to rosy. The authorities stress that the trust in the schools peaked as parents reportedly feel that no harm would come to them from schools that have the backing of the Republic of Turkey behind them.

The TMV was founded in 2016. According to the website of the foundation, "together with the Ministry of National Education, TMV, which was established by the enacted law on June 17th 2016 by the Turkish Parliament, is the sole entity authorized to provide educational services abroad. As a non-profit public educational foundation, TMV is entitled to run institutions from pre-school to higher education."