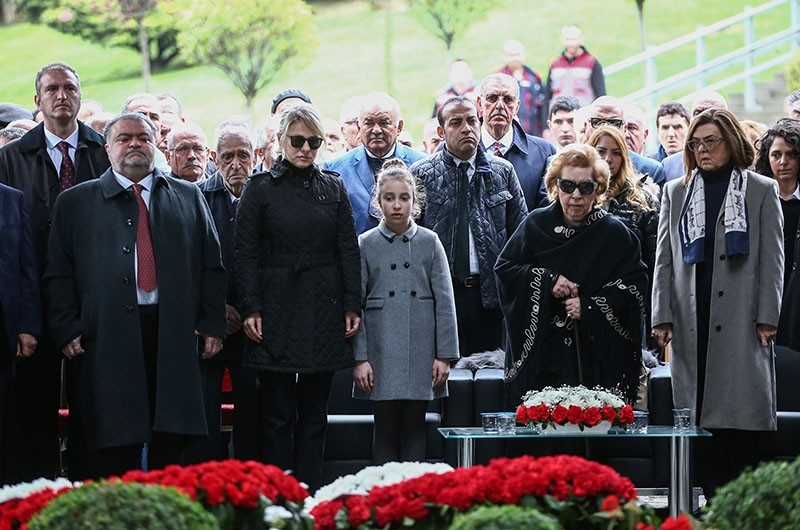 His family, friends and a large crowd of citizens as well as politicians and ministers marked the 25th anniversary of the death of Turgut Özal, prime minister and later president credited with turning around Turkey's fortune in the 1980s by reforming the economy and bringing in a period of stability. A staple of politics after the military coup in 1980, Özal first served as prime minister before taking up the largely ceremonial title of president. He died of heart failure on April 17, 1993, in his fifth year in office as president.

A ceremony attended by two government ministers as well as Özal's wife Semra and his children was held by his grave in Topkapı in Istanbul yesterday.

Issuing a message for the commemoration, President Recep Tayyip Erdoğan, who often refers to Özal in his speeches as a visionary leader, said the distinguished statesman played an important role in the development of Turkey. "He has an exceptional place in the hearts of our nation for his contribution to the revival of democracy in the '80s," Erdoğan said in his written message.

Born to a middle-class Turkish-Kurdish family, Özal studied engineering before taking jobs in the bureaucracy and rising through the ranks gradually to eventually be appointed as an undersecretary at the Prime Ministry shortly before the 1980 coup that paved the way for his political career. Appointed as deputy prime minister by military coup leaders, he founded the Motherland Party in 1983 ahead of the first elections after the coup. He won successive elections in 1983 and 1987. Under his tenure, Turkey saw a liberal transformation and an economic boom. Özal championed free enterprise and an increase in exports and imports, turning around a stalled economy constrained by decades of political turmoil and coups in 1960 and 1980.

After his election to the presidency, Özal survived an assassination attempt and multiple bypass surgeries before his death at the age of 66, which sparked rumors that he was poisoned. An investigation into his death years later remained inconclusive amid rumors that he might have been killed by opponents of his plans to work with the PKK to end its campaign against the Turkish state.