Joy and gratitude as Syrians return to peaceful home 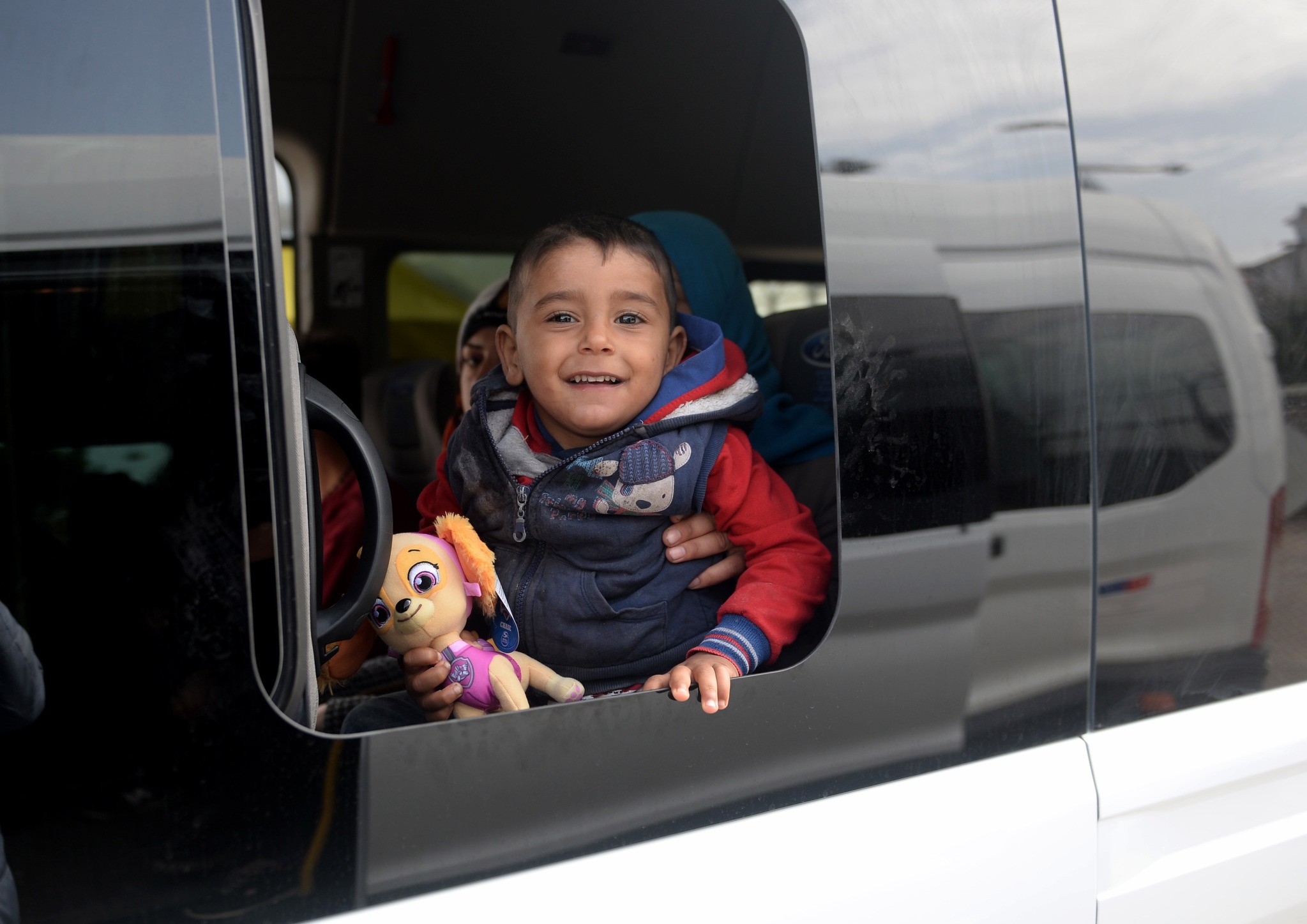 Turkey's efforts to restore safety to war-torn Syria paid off with more returns to towns in the country's southern neighbor. Some 120 Syrian refugees returned to their homeland on Friday through Kilis, a Turkish border city where they took shelter. Refugees streamed into towns liberated from terrorists by the Syrian opposition with the aid of the Turkish military.

The return was a joyful occasion with returnees waving banners expressing their gratitude to Turkey for hosting them. Some carried photos of President Recep Tayyip Erdoğan, accompanied by banners with slogans "thanks for rescuing us from terrorism." Local charities and the municipality, meanwhile, held a send-off event for returnees at Öncüpınar border crossing. Refugee children were given toys while volunteers served soup and food for refugees waiting to board buses to inner regions of Syria.

Kilis Mayor Hasan Kara was among those sending off refugees. Kara told Anadolu Agency (AA) that "developments" in Syria affected Turkey most and Kilis, in particular, citing that the city hosted more refugees than its population. The city, whose central district is located some 10 kilometers from the Syrian border, was naturally one of the first destinations for tens of thousands of Syrians leaving their homeland wrecked by an ongoing civil war. The number of Syrians who took shelter in the city with a population of 136,000 once surpassed the locals.

The mayor says safety and peace are restored in Syria's northern regions after Operation Euphrates Shield in 2016 and Operation Olive Branch this year. Operations by the Syrian opposition aided by Turkish Armed Forces cleared towns from the takeover of the terrorist group Daesh and groups affiliated with the PKK, a terrorist group known for its campaign of violence targeting Turkey. "Our guests now rapidly return home. By God's will, they will have a prevailing peace in their homeland," he added.

Fodda Mushul took refuge in Turkey about two years ago. She was among the refugees huddled at the border crossing on Friday. She said they were grateful for Turkey's support. "I love Father Erdoğan," she said, affectionately referring to President Recep Tayyip Erdoğan, who championed the open-door policy for Syrian refugees and is a staunch critic of the Bashar al-Assad regime in Syria. Hassan Mohammed, who has been living in Turkey for the past seven years with his family, said they had "everything" in Turkey but still, "there is no place like one's own country." "Turkey is my second homeland. They opened the doors for us," he added.

Since the start of the Syrian crisis in 2011, Turkey has been hosting some 3.5 million refugees, the largest Syrian refugee community in the world. The country spent some $30 billion for the needs of refugees living in tent camps as well as those living outside the camps on their own. As the conflict escalated, Turkey stepped up its advocating the establishment of safe zones within Syria, to accommodate both those who took shelter abroad as well as internally displaced Syrians.

Turkey achieved clearing an area of 4,000 square kilometers from terrorist groups in Syria and prepares to open a new border crossing after Öncüpınar in Kilis and Cilvegözü in Hatay. The crossing, expected to be opened in the coming months, will enable a direct access to Afrin, the city liberated by the Turkish-backed Free Syrian Army (FSA). Officials hope the crossing will accelerate the flow of humanitarian aid to Afrin as well as facilitating returns.