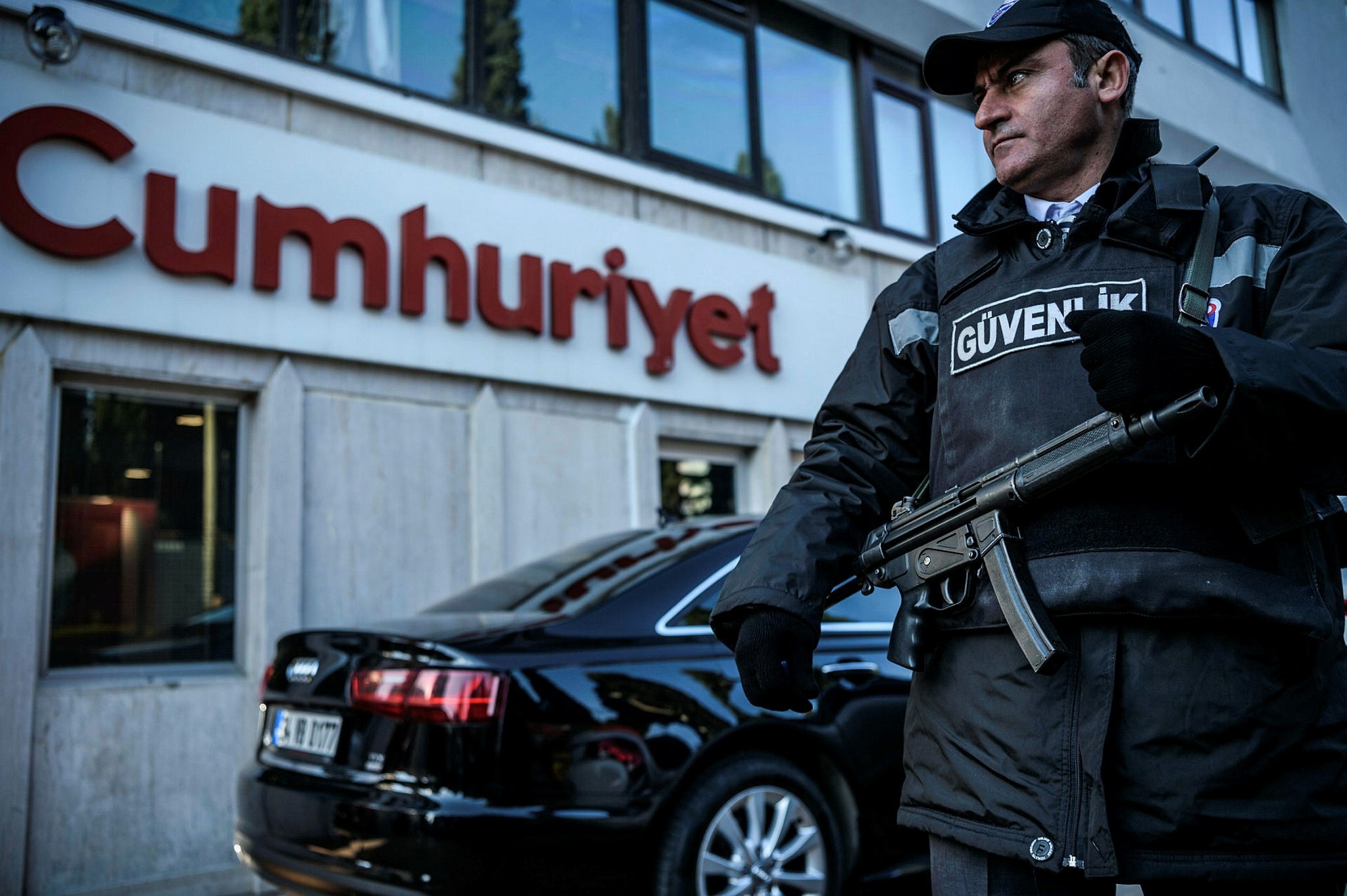 Suspects Ahmet Şık, Murat Sabuncu and 13 other employees of Cumhuriyet daily were handed prison sentences and three others were acquitted late Wednesday by a Turkish court.

Şık and Sabuncu were both given seven years and six months in prison for "helping an armed terrorist organization while not being a member of it."

The court also ruled the case against Can Dündar, previously the newspaper's editor-in-chief, would continue separately.

The defendants were accused of helping spread propaganda of the Gülenist Terror Group (FETÖ), which perpetrated 2016's bloody coup attempt on July 15 and other terrorism-related offenses.

Prosecutors' 324-page indictment claims Cumhuriyet was effectively taken over by FETÖ led by the U.S.-based Fetullah Gülen and used to "veil the actions of terrorist groups." The newspaper and the suspects have denied the accusations.

The majority of evidence in the indictment comes from social media posts, along with allegations that staff had been in contact with users of Bylock, an encrypted messaging app the government says FETÖ members have used.

The former editor-in-chief of the daily, Can Dündar, was named as the prime suspect in the indictment prepared by the Istanbul Chief Public Prosecutor's Office. Dündar, who is also among the suspects of the espionage case related to publishing confidential footage in the controversial 2014 MİT trucks raid, is being tried in absentia as he fled to Germany.