Turkey to observe Labor Day amid tight security against provocations 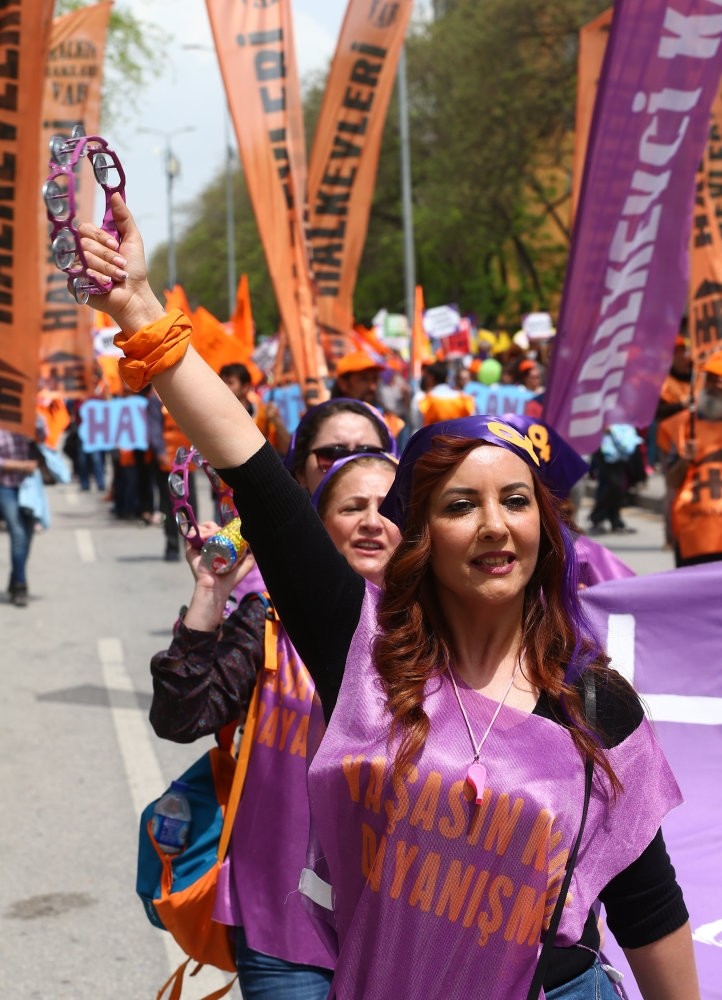 Turkey today marks Labor and Solidarity Day, an occasion that was marked with violence in the past as terrorist groups exploited crowds gathered for the day to stage their own rallies.

Different labor unions are set to mark the day in various cities, but the most watched rally will definitely be the one in Istanbul, the country's most populated city. Labor Day rallies in Istanbul have been uneventful with sporadic acts of violence by terrorist groups mingled with unionists in recent years. Still, local authorities ordered deployment of thousands of policemen across the city as a precaution. Taksim Square, where the celebrations culminated in previous years, is once again off-limits for the events. Police set up barricades around the iconic square yesterday to prevent rallies there, citing security concerns. The square was closed to Labor Day rallies from 1978 until 2010, following a massacre in the square in 1977 when unidentified gunmen opened fire on a crowd, leading to 34 deaths due to gunfire and an ensuing stampede and police crackdown. Rallies in 2010 were peaceful, but after the ban was reinstated in 2012, protests again turned violent.

This year's main rally by the Confederation of Progressive Trade Unions of Turkey whose past rallies were hijacked by pro-terrorist groups, will be held at a square in Maltepe on Istanbul's Asian side. The Confederation of Turkish Real Trade Unions (Hak-İş) and the Confederation of Turkish Labor Unions (Türk-İş), two other major labor unions whose members are commonly right-wing workers, will mark the day with rallies in the southern cities of Adana and Hatay, respectively. "We worked to end Labor Day celebrations stained with clashes and injuries, where shops were vandalized and pavement stones were removed [by rioters to hurl at police], and we succeeded. Celebrations are nowadays being held in peace and solidarity," Hak-İş chairman Mahmut Arslan told Anadolu Agency (AA).

President Recep Tayyip Erdoğan issued a written statement yesterday to mark the day and expressed hope that Labor and Solidarity Day would be observed "in a festive mood far from provocation and provide a platform for workers to voice their problems and their offers for solutions to those problems." Erdoğan said that the nation has been representative of "a civilization that says pay the wage of a laborer before his sweat dries," in reference to a saying of Prophet Muhammad. The president mentioned efforts of the government he leads and efforts during his tenure as president in the past 15 years to reinforce the rights of laborers. "We will continue to support every sincere effort shown toward the protection of our workers' rights and will continue to walk arm in arm, shoulder to shoulder with our worker and laborer sisters and brothers till the end," he added.