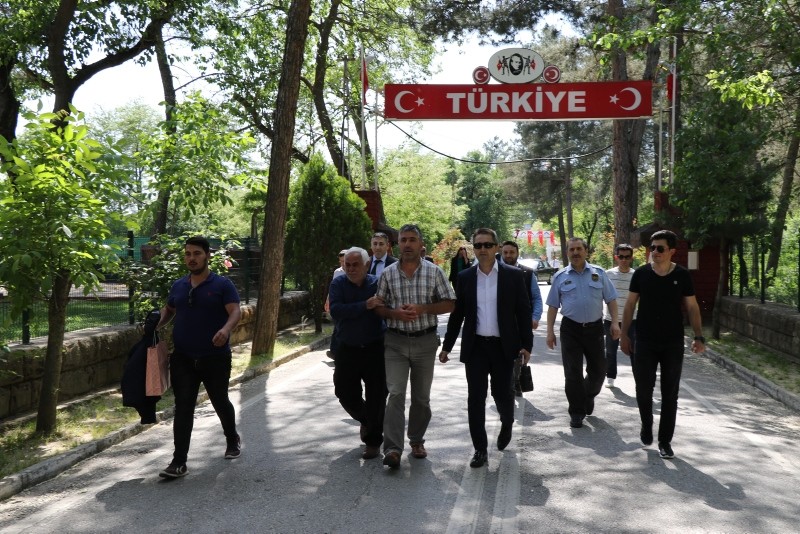 Musa Alerik (center) welcomed by family members and Turkish officials after being detained by Greece (IHA Photo)
by Daily Sabah May 05, 2018 12:00 am

A Turkish municipal worker who was detained by Greek authorities for accidentally crossing the border has been repatriated, reports said Saturday.

The municipal worker identified as Musa Alerik was handed over to Turkish officials at the Pazarkule Border Gate following procedures in Greece, reports said, adding that Edirne Mayor Recep Gürkan and a foreign ministry official greeted him in Turkey.

Alerik told reporters that he had accidentally crossed the border and that he is very happy to be back home.

He also noted that Greek officials, including the police and the court "welcomed him like a guest" and acknowledged that he accidentally crossed the border, hence the court decided to release him.

Alerik's family also said that they are extremely happy that he is back.

Mayor Gürkan thanked the Turkish Foreign Ministry and Greek authorities for their efforts.

The 38-year-old Musa Alerik was arrested when he crossed the border by mistake while constructing a water well at the Pazarkule Border Gate with Greece.

His prison sentence was suspended for three years, meaning Alerik will not have to serve jail time if the crime does not occur again within the next three years.

The court also ordered the seizure of the construction machine used by Alerik at the time of his arrest since he was unable to show documents that could prove the ownership of the vehicle.