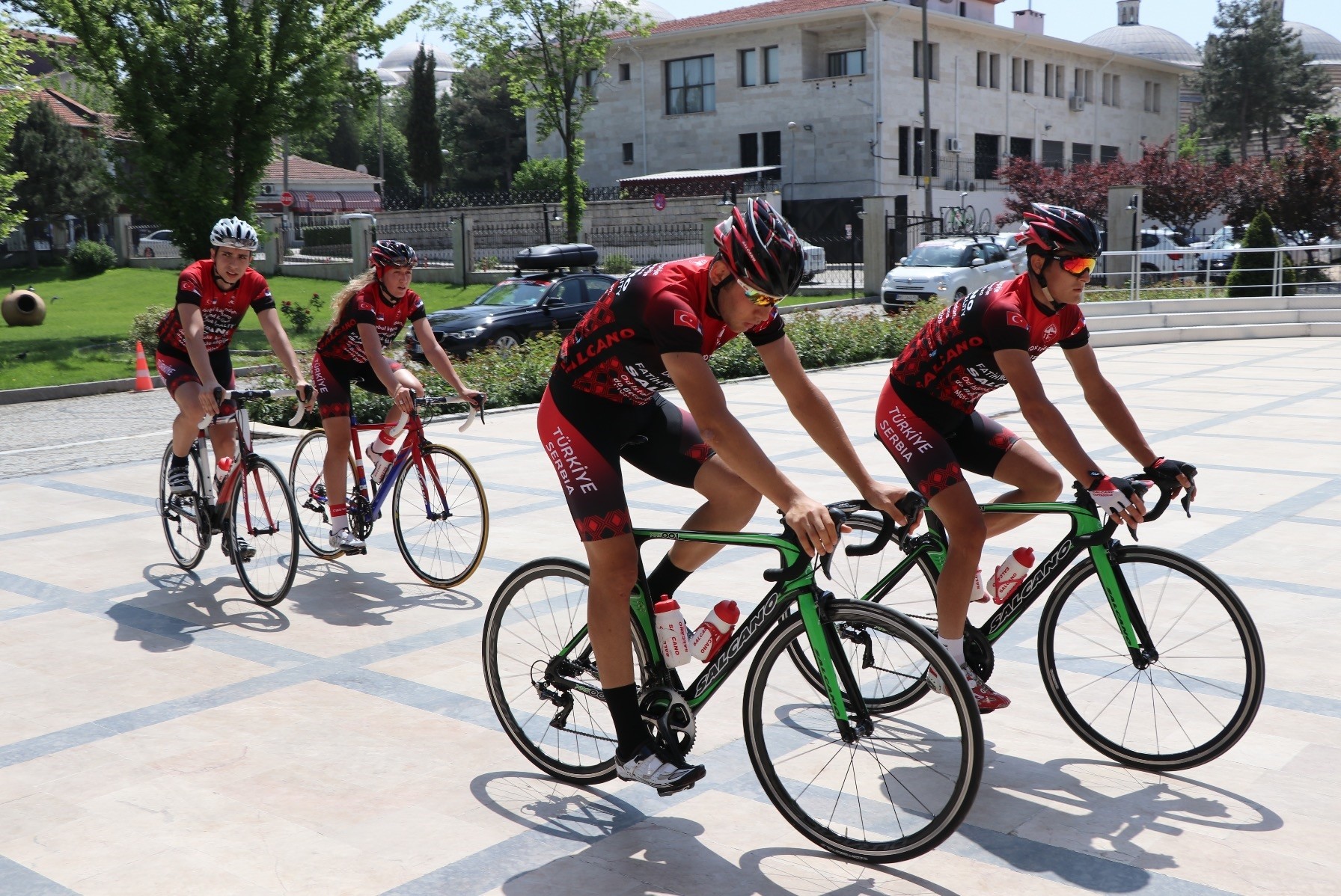 Two Turkish and two Serbian cyclists have arrived in Turkey in the final leg of their tour to mark Turkish and Serbian friendship.

The group was welcomed by the governor of the border city of Edirne, where they arrived seven days after setting off from the Serbian capital Belgrade.

As part of the "Friendship Bridge Tour," the group of four has cycled all the way from the Istanbul Gate in Belgrade to the Belgrade Gate in Istanbul. The tour was organized to mark Serbian President Alexander Vucic's visit to Turkey on May 7.

Turkish cyclists Oğuzhan Ermiş and Muhammed Ali Oğuz, alongside Serbian cyclists Milica Rakic and Alexander Mijatovic, participated in the nine-day tour that will conclude in Istanbul on May 6.

The cyclists pedaled 130 kilometers each day to cover the 1,200-kilometre route. President Vucic and Turkey's Belgrade Ambassador Tanju Bilgiç saw off the cyclists at a ceremony last week.

Istanbul (or Stambol as it is known in Serbian) Gate in Belgrade is one of the main gates to the Serbian capital's ancient citadel. Built in 1750, it is named after the Turkish city that was the capital of the Ottoman Empire. The other gates of the citadel were also named after important world cities they faced. On the other hand, Belgradkapı (Belgrade Gate) is a gate located along the ancient city walls of Istanbul, in modern-day Zeytinburnu. The gate was named after Serbia's present-day when Suleiman the Magnificent (Kanuni or Lawgiver Süleyman for Turks) conquered Belgrade in 1521. Turkey and Serbia boosted their relations in recent years thanks to a renewed interest in bilateral cooperation between Ankara and Belgrade, especially in economy. A former Ottoman dominion, Serbia maintained close ties with the Ottoman Empire and Republic of Turkey which replaced it.

President Recep Tayyip Erdoğan was hosted by Vucic in October 2017, when two countries signed cooperation agreements. Erdoğan has hailed the visit as "start of a new era with Serbia."