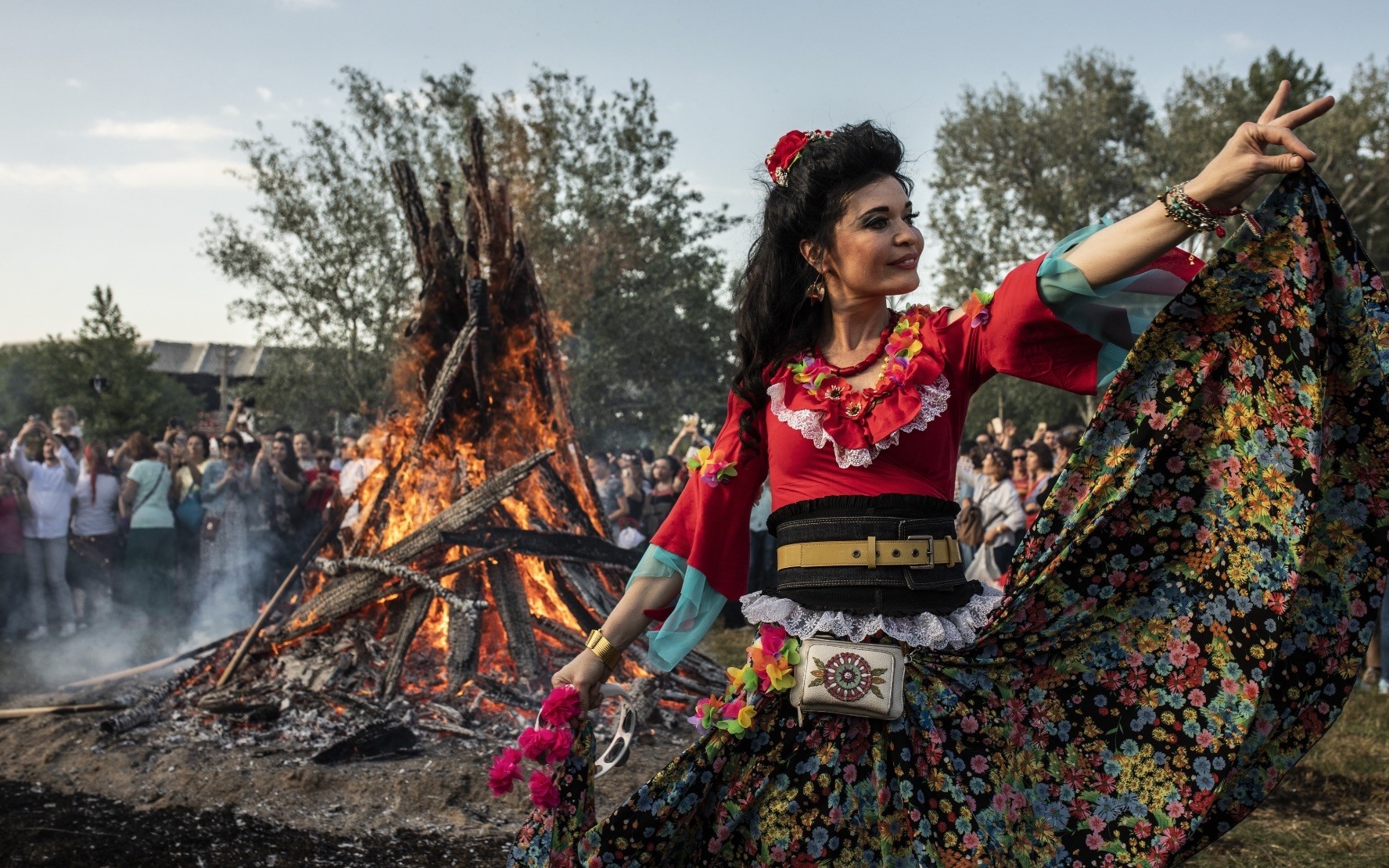 Visitors from across Turkey and the world joined the Roma community of Edirne, the Turkish city bordering Greece and Bulgaria, for Kakava, an annual festival that celebrates spring.

The festival opened late Saturday with a bonfire followed by various events and resumed yesterday morning with riverside rituals.

Kakava is a Roma version of Hıdırellez, a spring festival celebrated in Turkey and the Balkans. For two days, events were held from Sarayiçi, a venue with the remains of an Ottoman palace, to the Tundzha (Tunca) River in Edirne, the former capital of the Ottoman Empire that hosts a large Roma community.

The festival started with traditional horse races where Roma youth showcased their skills riding the animal that has been an inseparable part of Roma culture from their nomadic days to their settlement in cities. It was followed by concerts and a banquet in Sarayiçi and preceded by revelers setting up a bonfire. People jumped over the flames for a ritual, which they believe that will protect them from "evil eye."

On Sunday morning, the Roma headed to the banks of the Tundzha where they washed their faces and clothes for prosperity and health. Tourists joined them as the large crowd left candles on the river after making wishes and tying ribbons to a wish tree. The festival later continued with folk dances by the Roma community in a main street of Edirne.

The river ritual has another meaning for Roma. According to legend, Baba Fingo, the leader of the Roma, who were being oppressed by the pharaoh in Egypt, led his people to the Red Sea to hide from Egyptian soldiers. Hence, the Roma community believes that Baba Fingo will come out from the river, resurrected, on the morning of May 6.

The festival attracts thousands of visitors to Edirne every year. Mayor Recep Gürkan, who joined those making wishes by leaving flowers on Tundzha River, said they likely hosted a record-setting crowd of some 80,000 people. Turkish tour operators offer package tours to Edirne for the festival, along with trips to Ottoman landmarks in the city.