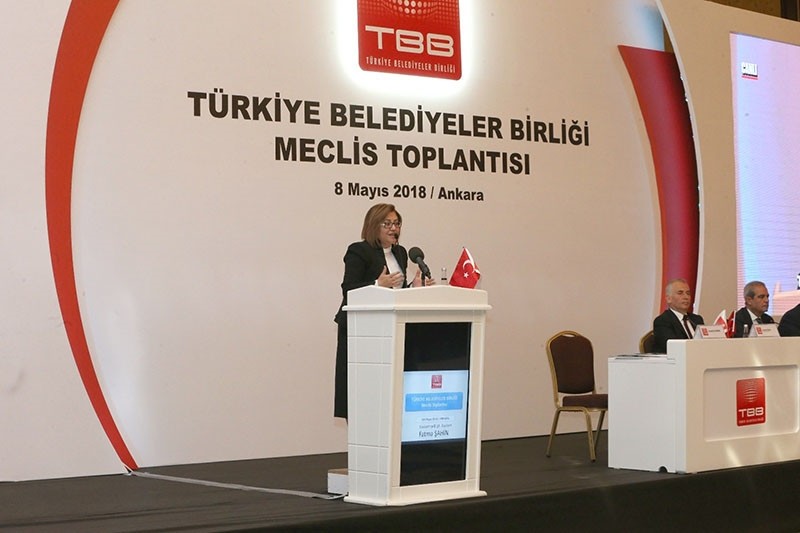 Gaziantep Metropolitan Mayor Fatma Şahin became the first female mayor to chair the Union of Municipalities of Turkey (TBB) after a vote on Tuesday in Ankara.

51-year-old Şahin will now run the 802-member organization, in addition to her chairmanship at the United Cities and Local Governments Middle East and West Asia Section (UCLG-MEWA).

Şahin has made a reputation by getting elected as Gaziantep deputy from the ruling Justice and Development Party (AK Party) in the 2002 elections and two consecutive elections in 2007 and 2011. Having served as the family and social policies minister between 2011 and 2013, she also became the first female minister from Turkey's predominantly conservative Southeastern Anatolia region. Şahin quit her post in late 2013 to run for mayor in 2014 local elections, which she won with 51.7 percent of the votes. Since then, she is praised for her successful work in Gaziantep, dubbed as one of the "Anatolian Tigers" with a booming economy since the 1980s.

Şahin will be taking over the post from Konya Metropolitan Mayor Tahir Akyürek, who will run for the parliament in the June 24 elections after 14 years of service in the central Turkish city.

Saying that the share of municipalities in the national budget has jumped from 5 to 7 percent to 12 percent since 2002, Şahin noted that this share is around 20 percent in European countries, adding that the municipalities need to introduce a stronger financial model.