2019 to be mutual year of cultures in Turkey, Russia, Russian envoy says 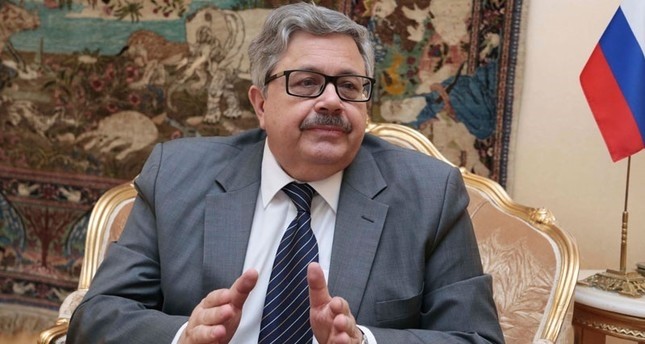 The Russian-Turkish relationship is moving forward very quickly, with both countries in preparations to set 2019 as a Turkish-Russian cultural year, the Russian ambassador to Turkey said.

An intensive program of cultural activities in both countries is being prepared for the next year, Alexei Yerkhov told Anadolu Agency in an exclusive interview.

"Our bilateral trade volume is rising and we have reached a pre-crisis level in our relations," he said. "In fact, our relationship is standing at a better point."

According to the Turkish Statistical Institute (TurkStat), Turkey's imports from Russia amounted to $19.5 billion last year, while the country's exports to Russia totaled $2.7 billion.

The two countries began normalizing relations after the downing of the Russian Su-24M tactical bomber by a Turkish F-16 fighter jet on Nov. 24, 2015.

Alexei Yerkhov, previously the head of the Russian Foreign Ministry's Crisis Management Center, replaced Andrey Karlov, who was assassinated at an art exhibition in the capital Ankara on Dec. 19, 2016.

The Russian ambassador also noted that the two countries started to work on strategic projects, such as the Akkuyu Nuclear Power Plant and the TurkStream natural gas pipeline.

The Akkuyu NPP, comprising four units each of which has a capacity of 1,200 megawatts, will be built by the Russian State Nuclear Energy Agency, Rosatom.

"Last year we set a new record in the number of Russian tourists visiting Turkey, and this year, we will exceed last year's record," Yerkhov also noted.

According to the TurkStat, some 4.7 million Russian citizens visited Turkey in 2017, up from around 850,000 visitors in the previous year.

Also touching on the ongoing discussions about the visa regime between the two countries, he said the visa exemption issue was not a simple matter.

"I think at the end of this process, we will probably have favorable developments that will benefit both countries," he added.