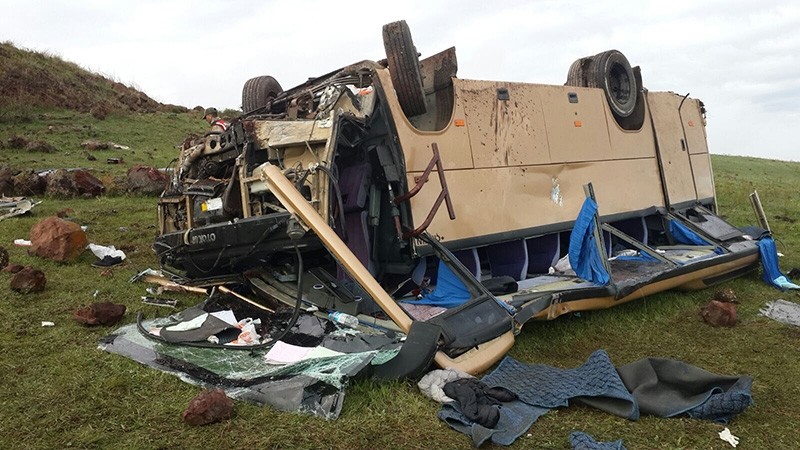 Four people were killed and 22 others injured when a passenger bus carrying teachers and their families on a weekend trip to Georgia overturned in Turkey's northeastern Ardahan province.

The accident occurred around 4 a.m on the Çıldır-Aktaş highway after the driver lost control of the vehicle while driving through the mountainous region. The driver and three passengers were killed, and five others were critically injured.

Large emergency crews quickly arrived at the scene and transported the wounded to Ardahan State Hospital and other nearby hospitals.

The group of teachers from Kars, Ağrı and Iğdır were taking their families on a vacation to bordering Georgia for the weekend, teacher Taner Bozdağ told Doğan News Agency.

The local gendarmerie has opened an investigation into the cause of the accident.