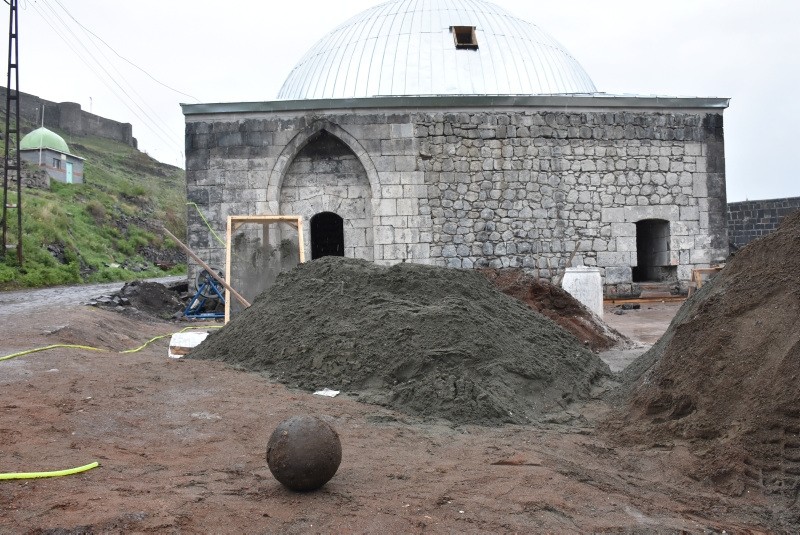 A cannonball dating back to the 18th century has been discovered during restoration works at a traditional Turkish bath in Turkey's eastern Kars province, reports said Sunday.

The cannonball was found during excavations at the entrance of the historical Muradiye Turkish bath near the famous stone bridge.

Officials noted that the cannonball was from the Russo-Turkish War of 1768–1774.

The ball was put under protection to be handed over to museum officials.

Weighing around 25 to 30 kilograms (55 to 66 pounds), the cannonball was made from iron casting.

Kars is located near the closed border with Armenia.