In a mining town beset with tragedy, women stitch up uniform business 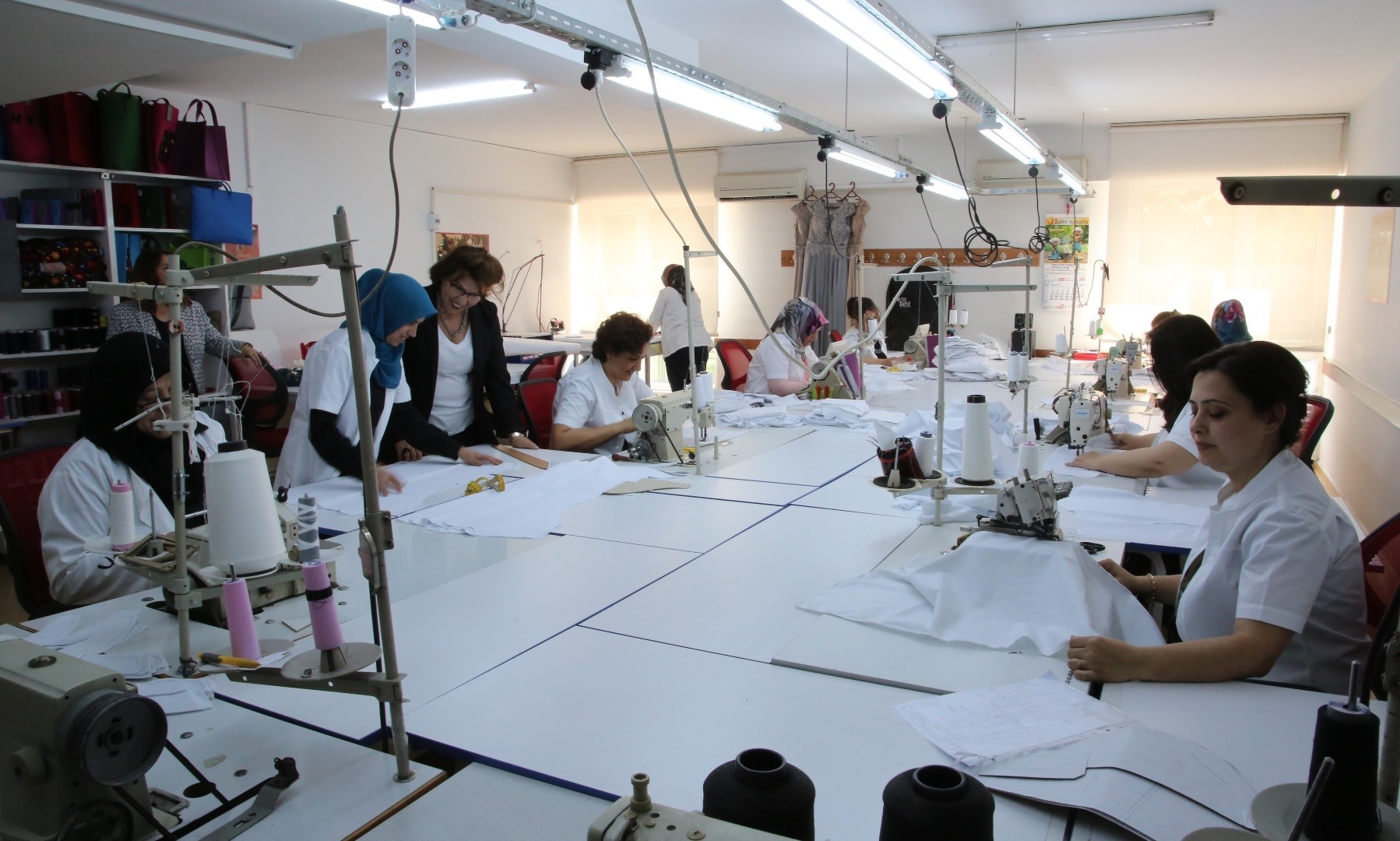 Soma, a mining town where 301 workers died in a disaster in2014, may be Turkey's uniform capital in the future thanks to a businesswoman who cooperated with the town's housewives to manufacture uniforms that are being exported all across the globe

The women of Soma, a western Turkish town that long thrived on mining, mostly depended on men in their families for an income. That was until a mining disaster that killed 301 in 2014 and changed Soma's fate, forcing families to reconsider going back to the mines for this risky business. A project by female entrepreneurs in the aftermath of the disaster helps the town's housewives find new income for their families and seeks to make Soma the uniform capital of Turkey. In workshops set up by Dressbest, one of Turkey's leading uniform exporters, women manufacture clothes exported to 42 countries.

The Women's Entrepreneurs Association of Turkey (KAGİDER), in cooperation with the local municipality, created a cooperative project for women needing employment but facing few job options in the small town. Some 387 women joined the cooperative. Dressbest, a member of KAGİDER, decided to divert some of its business to the town. The company trained women for free for one year and furnished workshops for them. Most of the women, wives or relatives of miners, have been sewing uniforms for more than two years for staff members of international airlines, hotels, state institutions and hospitals in 42 countries. The company also encourages other textile firms to divert part of their production to the workshops.

Rana Tülin Yazıcı, owner of Dressbest, says the Soma workshop is critical for employment of the town's women, and she seeks to move more of the company's production to Soma. "We aim to have at least 10 percent of our production here. It can become the uniform capital of Turkey due to its proximity to tourism hubs where uniform demand is high [at hotels and other businesses] and thanks to hard-working women producing goods to global standards," she says.

"Women in Soma are very happy to be involved in this business, an alternative source of income in a town where mining was viewed as the only job, instilling hope in everyone," Yazıcı said, adding that they the cooperative still has shortcomings. "There is a female population eager to do business, and we want to expand it if the state gives us support." Yazıcı, who made a name herself in the uniform business after founding Dressbest in 2008, understands the plight of Soma women as someone whose husband died in a car crash when she was only 26. "I know the economic difficulties they face and their struggle to survive. But I also know that if women want, they can change the world," she says.

İlknur Taş, a miner's wife, is among the members of the cooperative. She prides herself in being "a boss" thanks to the sewing job. Taş' husband worked for the company that owned the mine where the 2014 tragedy took place. He survived but was left unemployed when the mine was closed down. The 41-year-old Taş got behind the sewing machine for the first time in her life after the workshop opened. "I never thought I would work before. After the disaster, I thought it was time for me to find a job," she told Anadolu Agency (AA). "The cooperative made us bosses of our own business. It gave me self-confidence. I am very happy," she says. Şevkiye Süzek, another woman at the workshop, says she supports her family with what she earns and says she is "happy" once she finishes sewing. "I don't feel tired at all here," she said.