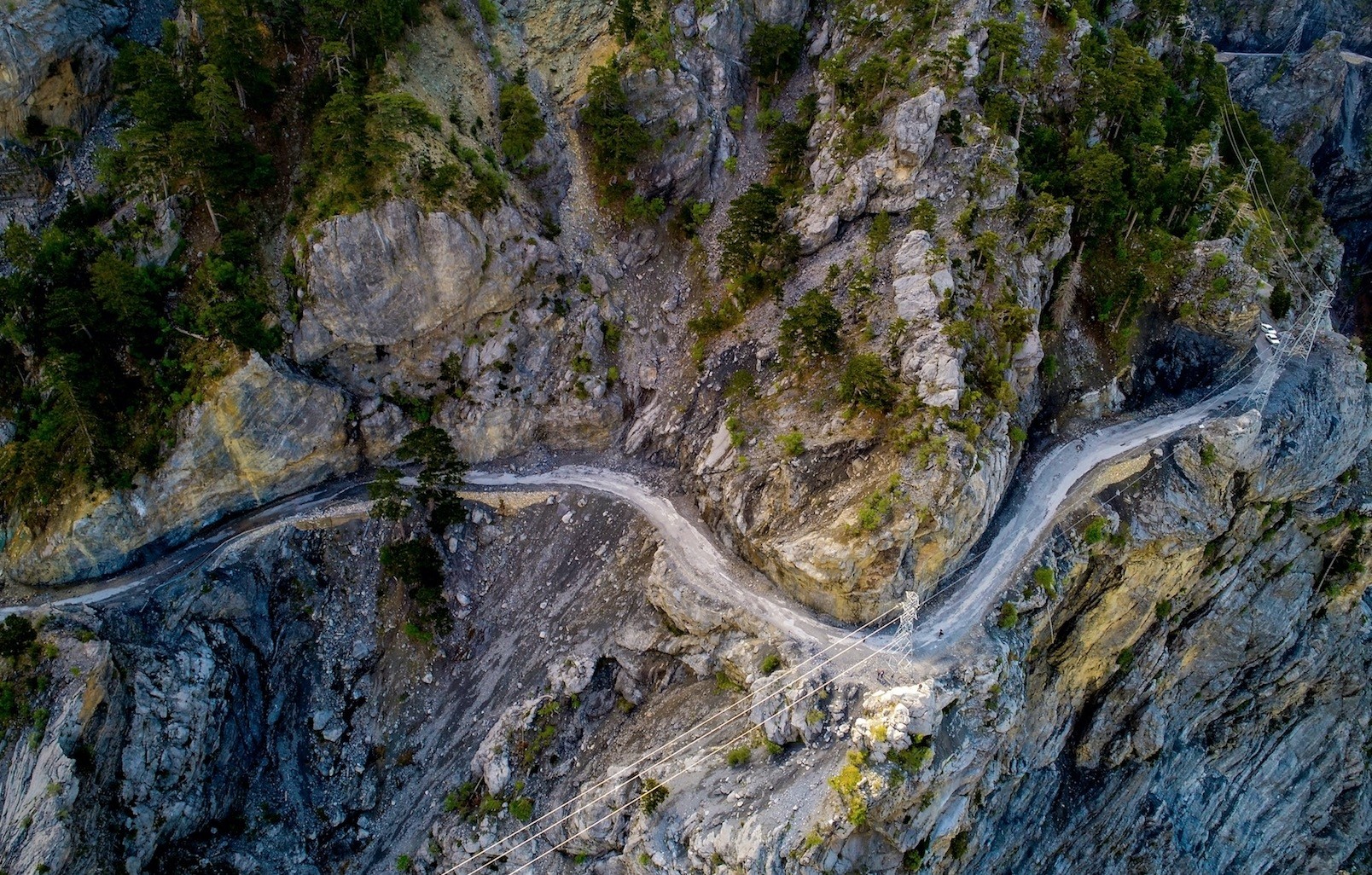 Twenty tunnels are planned for the road snaking through Toros mountains.
by Daily Sabah with AA
May 19, 2018 12:00 am

The Bird's Nest, as it is informally known, is one of the most dangerous roads in the world according to the website dangerousroads.com, which advises motorists against driving on this winding road atop Mt. Toros in southern Turkey.

However, the 60-kilometer route that connects Turkey's Mediterranean region to its Anatolian heartland is gradually becoming less risky thanks to a series of giant tunnels. Authorities have already built 10 tunnels and 10 more will be finished soon.

This mountain pass is almost 1,400 meters above the sea level and climbs a steep mountain in Alanya, Antalya. One side of the road is a sheer drop of 2 kilometers while on the other it is flanked by a sharp vertical rock face. 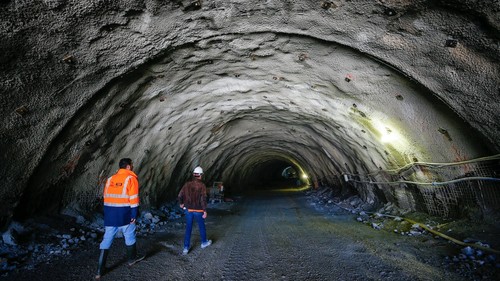 Though it offers the shortest route to cities in central Turkey from Antalya, its dangerous hairpin turns and switchbacks daunt even the experienced drivers.

In 2011, the authorities floated tenders for the construction of the tunnels that will shorten the distance and avoid the dangers on the route. The Bird's Nest now has a total of 8 kilometers of tunnels that take the route farther away from the cliffs.

Antalya Governor Münir Karaloğlu said "everyone here has a memory about the Bird's Nest" because it was a tough road, where many died in the past and many vehicles ended up at the bottom of cliffs. "We have finished the construction and tunnel projects on the hardest parts of the road and are now working in less dangerous route. Once completed, 20 kilometers of this 60-kilometer road will be composed of tunnels," the governor said, adding that they want to complete this project by 2022.

Yücel Sezel, a local from Alanya's Gümüşkavak, where the most dangerous part of the road was located, said the Bird's Nest is the most famous road in the region but it is "a road of death."

"In winter, it would be closed. Over the years, we have witnessed many accidents," he recounts. Sezel said a 9-kilometer stretch was the most dangerous as the road narrowed down there. "Now it takes only two minutes to cross the stretch and two cars could not go side by side," he said.

Kemal Sezel, another local, said the road was named Bird's Nest as eagles used to build their nests there in the past and the road was a simple pathway with primitive poles acting as guardrails.

"We use to ride donkeys there and it would take a day to cover the small distance. Some sections of the road were narrower than 1 meter. We could never use the route in winter because of snowfall," he said.