Turkey's AFAD, WHO team up to send $1.2 million worth of medical aid to Gaza 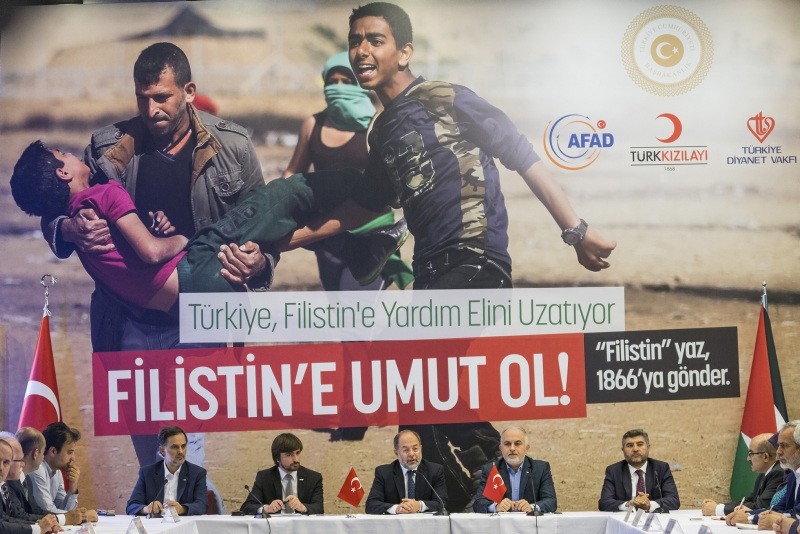 Turkey on Saturday launched a major aid campaign for Palestine after at least 64 Palestinians were killed by Israeli troops during protests earlier this week.

Speaking at a news conference to launch the campaign, titled "Be the hope for Palestine", Deputy Prime Minister Recep Akdağ called on Turkish people to join the nationwide aid campaign by donating via bank accounts or sending a text message.

Akdağ said that Turkey's Disaster and Emergency Management Authority (AFAD) and the World Health Organization would cooperate on a project to send medical aid to Gaza.

"As AFAD, we will provide $1.2 million worth of medication, medical consumables and medical equipment, and the World Health Organization will ship it to Gaza," Akdağ added.

On Monday, at least 64 Palestinian demonstrators were killed and hundreds more injured by Israeli troops deployed along the other side of the Gaza-Israel fence.

Monday's demonstration coincided with Israel's 70th anniversary -- an event Palestinians refer to as Nabka or "the Catastrophe" -- and the relocation of the U.S. embassy in Israel to Jerusalem.

Since the rallies began on March 30, more than 110 Palestinians have been killed and thousands injured by cross-border Israeli gunfire, according to the Palestinian Health Ministry.

Donations can be made by sending a text message reading "Filistin" (Palestine in Turkish) to 1866 for AFAD and 2868 for Turkish Red Crescent.